Basketball writers had UVA at the top of the way, way, way too early polls looking at the 2015-2016 season, predicated upon the assumption that guard Justin Anderson would return for his senior season. 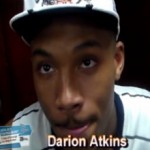 At first glance, UVA senior forward Darion Atkins was throwing his teammates under the bus, telling reporters after the Cavs’ 60-54 upset loss to Michigan State on Sunday, among other things, that he felt like his teammates “were just playing like some pussies,” and that he was “alone out there at times.”

UVA basketball senior Darion Atkins has apologized to teammates and coaches for critical comments to reporters after the Cavs’ upset loss to Michigan State on Sunday in the NCAA Tournament.

After last year’s upsetting loss to Michigan State, the Hoos are back to try and get through the Spartans on their way to Indy. Senior forward Darion Atkins talks about the rematch and being “more alert” in this one-on-one with the ACCDN’s Jeff Fischel!

UVA basketball players Darion Atkins and Malcolm Brogdon talk with reporters about the Cavs’ upcoming appearance in the 2015 NCAA Tournament. 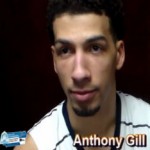 Second-ranked UVA led just 25-19 at the half, and Clemson had to feel some confidence going into the locker room.