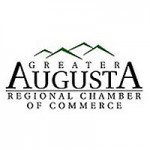 Chamber of commerce announces info session on trip to Cuba

Ian Scott, general manager of Central Holidays West, will be making a presentation and answering questions on the adventure trip to Cuba.

Virginia is top state for agricultural exports to Cuba

Governor Terry McAuliffe today announced that Virginia is now the top state in the nation for agricultural and forestry exports to Cuba.

VCU has signed a Memorandum of Understanding with the University of Havana allowing both institutions to work together to develop cooperative programs.

Governor Terry McAuliffe today announced that he will lead a historic marketing and collaboration mission mission to Cuba from Jan. 3-6.

Speakers on the second day of the Governor’s Conference on Agricultural Trade focused on opportunities and global awareness.

Charlottesville activist in first large U.S. delegation to Cuba since opening of relations

The activist group CODEPINK will be hosting a “super delegation” of 150 people to Cuba to mark the recent thawing in U.S.-Cuba relations, particularly the easing of travel restrictions.

The nation’s largest agricultural organization has voiced support for President Obama’s move toward normalized relations between the United States and Cuba.

Wow, what a news day. U.S. moves to normalize relations with Cuba, and Sony Pictures moves to give North Korea a veto over new releases. 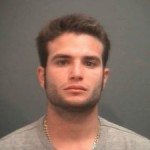 Dairon Miguel Mencias-Perez was found guilty of distribution of methamphetamine and sentenced to 10 years in penitentiary time with six years suspended in the Waynesboro Circuit Court on Thursday.

JFK researcher Jack Gordon: There was a conspiracy to kill the president

Jack Gordon was in an eighth-grade study in upstate New York when he heard the news that President John F. Kennedy had been shot. That the day changed the course of American history is a matter of intense discussion this week leading up to the 50th anniversary of the Nov. 22, 1963 JFK assassination.