For many, the Wayne Theatre Alliance’s home tour has become a holiday tradition. The sixth Home Tour is scheduled for Saturday, December 6.

Hermitage Hill Farm & Stables, one of the Shenandoah Valley’s most unique and popular wedding and event venues, is about to add a brand new dimension to its operations by opening a destination brewery and farm store. 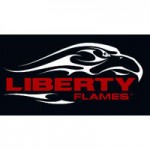 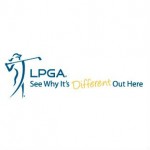 The Symetra Tour, the Road to the LPGA Tour, enters the home stretch of its season with the fourth to last event of the year at the Eagle Classic Presented by Bag Boy. The three-round event will begin on Friday, August 15, and run through Sunday, August 17, at Richmond Country Club.

Waynesboro Generals coach D.J. King joins Kris Neil on WKDW’s Country Club on Thursday, hours after his team won the 2014 Valley League championship with a walkoff 7-6 win over the Charles Town Cannons in the deciding Game 3 of the Jim Lineweaver Cup.

On a perfect day for golf, with temperatures in the mid-80s, and a limitless sunny sky, 20 teams took the course for the 2014 Merv Wooten Invitational at the Waynesboro Country Club on July 11, raising more than $10,000 for the Waynesboro Family YMCA.

WTA Board members Sara Howlett and Su Ferguson are happy to report that the postponed Epicurean Delight will be enjoyed by WTA’s guests on Sunday, July 20 at 6:30 at the Waynesboro Country Club.