Many Longueuil homes for sale are very nice, but some of the newly built properties are equipped with modern innovations that have become trendy in the construction industry.

Who should pay? Construction costs and the price of carbon

As the owner of a construction company, I’m angry that politicians say we can’t do anything about climate change because it would hurt business. From my perspective, not doing enough about climate change is already hurting business – and will do much more damage in the future. 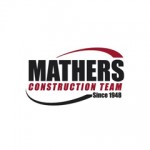 Mathers was recently recognized for outstanding safety efforts in the workplace. The Waynesboro, Va.-based construction company received the Safety Award for 12 months without an accident claim.

Next Monday, Jan. 19 the Virginia Department of Transportation and contractor Fairfield-Echols LLC of Fishersville will begin work to replace the Route 616 (Black Cat Road) bridge over Buckingham Branch Railroad in Albemarle County.

The Commonwealth Transportation Board today awarded an $11,121,077.60 contract to Fielder’s Choice Enterprises Inc., of Charlottesville, to construct improvements to the Route 29/Route 250 interchange.

The State Corporation Commission (SCC) has rescheduled a February 4 public hearing in Richmond to convene on April 20 regarding an application by Dominion Virginia Power to upgrade and improve various electric transmission facilities located in Fauquier and Prince William counties.

The Virginia Tech Transportation Institute will host approximately 400 transportation experts from around the world at the ninth International Conference on Managing Pavement Assets to be held in Arlington, Virginia, this May 18 through 21.

Washington and Lee’s Staniar Gallery is pleased to present “Not In This Fool’s House,” an exhibit of recent work by New York-based artist, Mark Fox. The show will be on view Jan. 12 through Feb. 11.

Mark Rush, the Stanley D. and Nikki Waxberg Professor of Politics and Law at Washington and Lee University, has been appointed the next director of W&L’s Center for Global Learning.

On a pleasant spring day in December it’s nice to drive past the endlessly under-construction intersection of Route 250 and McIntire Road and realize that the darn thing must nearly be completed. It looks sturdy and attractive.

The atmosphere of Virginia Tech’s West End Market is reminiscent of the scene in the popular holiday movie, “Elf,” when Buddy stays overnight in the department store.

Construction of the Marching Virginians’ new $4.75 million practice and storage facility is underway and scheduled to be completed in 2015.

A design public hearing for a proposed project in the Lynchburg VDOT District will be held on Tuesday, December 9 from 4-6 pm at Temperance Elementary School, 1981 Lowesville Road, Amherst.