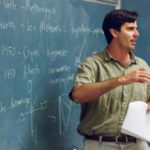 From our homes and smartphones to the electricity running our local grocery stores, clean energy is not only possible – it’s already happening.

Virginia Tech and eight other universities will work to advance clean energy through fossil fuels in a new $20 million project supported by the U.S. Department of Energy.

Based on past plans filed by the power companies, Virginia is already 79% of the way to meeting its Clean Power Plan target for 2030. Conservation groups are calling on the power companies to address the three issues in the Integrated Resource Plans.

While climate change threatens the public health and economic well-being of everyone, low-income Americans are especially vulnerable to the extreme weather and dramatic increases in electricity costs associated with global warming, according to a new report released Wednesday by Natural Resources Defense Council.

For the first time, the Virginia chapter of the Sierra Club has published a Virginia General Assembly Climate and Energy Scorecard.

Over 210,000 Virginians submit comments in support of curbing carbon pollution

Since the EPA first began collecting them, more than 7 million Americans have submitted public comments in support of national standards to limit dangerous carbon pollution from power plants.

Virginians are already experiencing the impacts of climate change – from more extreme weather to rising seas.

Monday night, U.S. Sen. Tim Kaine joined more than 25 members of the Senate Climate Action Task Force for a rare all-night session to call attention to the effects of climate change. In his remarks, Kaine discussed the urgent need for Congress to act on curbing emissions and investing in innovative and clean energy solutions.

NWF: Obama climate goals call for all of the above on carbon pollution cuts

U.S. Senate candidate Tim Kaine held events in Northern Virginia to discuss his strategies for guaranteeing a secure retirement for seniors and positioning Virginia and the United States to be leaders in the clean energy economy.

Gov. Bob McDonnell signed eight pieces of new legislation today at a ceremony at the VCU School of Business to promote the clean and renewable energy industry in Virginia and to spur development of new pilot projects and technologies that will promote reliable and affordable energy for Virginia’s families, businesses and industry. The legislation will […]

Staff Report Sens. Lamar Alexander (R-Tenn.) and Jim Webb (D-Va.) today introduced the The Clean Energy Act of 2009, a bipartisan bill to promote further investment and development of the nation’s clean energy technologies, including nuclear power and other resources. The Alexander-Webb bill is designed to invigorate the economy, create jobs, and move the United […]

Billy Parish | The first step is the hardest

The House recently passed the American Clean Energy and Security Act , an important step toward protecting our environment and building a clean energy economy. ACES has generated a lot of strong opinions, for and against, especially in the environmental community. Now, I’m not a scientist or a policy wonk, but I did help start […]

Letter to the Editor | J.R. Tolbert

In just two months, President Barack Obama has set the nation in a new direction when it comes to transitioning to a clean-energy economy and stopping global warming. Obama’s proposed budget lays out a framework for action on these issues, and to move ahead Congress must approve his budget.