Appearing as though that hadn’t played played in 11 days, the University of Virginia basketball team eventually was able to show enough signs of life to coast to a 70-54 win over Cleveland State Thursday night.

How Election Night will go in Virginia: Can Ed Gillespie shock the world?

If you watch the election returns tonight like you watch a football game, the first quarter of the Mark Warner-Ed Gillespie game might surprise you, when you see Gillespie get on the board with an early touchdown.

After leading in polls in the summer by as much as 25 points, Sen Mark Warner is up just seven points on Republican Ed Gillespie in a new poll out Friday from Christopher Newport University.

Libertarian U.S. Senate candidate Robert Sarvis released the following statement in response to a Christopher Newport University poll finding that he has more than twice the support of Republican Ed Gillespie among Virginians between the ages of 18 and 35.

How did Jesse Matthew fly under the radar for so long?

We already knew that Jesse Matthew, in jail in connection with the Sept.13 disappearance of second-year UVA student Hannah Graham, has been connected to the 2009 disappearance and murder of Virginia Tech student Morgan Harrington.

Three out of four Virginia voters are actually paying attention to the debate over Medicaid expansion in Virginia that will pick back up again this week with a special session of the Virginia General Assembly.

The Mariners’ Museum Board of Trustees has passed a resolution renaming its venerable, 167-acre Lake Maury. The lake’s name is now Loch Maury.

Today Governor Terry McAuliffe announced his appointments to the boards that govern Virginia’s higher education system, including the Boards of Visitors for Virginia colleges and universities. 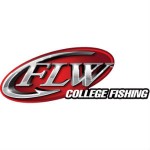 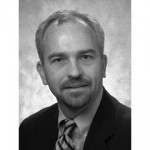 While certainly not desiring to take anything away from Emmett Hanger’s leadership on Medicaid expansion, the positions in the General Assembly on this issue overwhelmingly fall along party lines.

Virginia is still without a budget for the coming fiscal year, Democrats and Republicans are no closer to an agreement on Medicaid expansion, but there may be some impetus for change coming from the hinterlands.

For the second straight season, the EMU women’s basketball team has earned an at-large berth in the NCAA National Tournament. The Royals will play against Christopher Newport University this Friday in a pod hosted by Ferrum College.

A poll released last week by Christopher Newport University has Democrat Mark Warner ahead of Republican Ed Gillespie by 2014 as the attention turns slowly toward the November U.S. Senate race.

Gov.-elect Terry McAuliffe announced his “Common Ground for Virginia” transition committee on Thursday, a bipartisan group of Virginians from all regions of the Commonwealth who will work with McAuliffe over the next two months to build the foundation for a successful administration.

A Roanoke College poll out today has Democrat Terry McAuliffe leading Republican Ken Cuccinelli by six points, and a new Christopher Newport University poll has McAuliffe up by nine points.