Virginia elected officials, business leaders and advocates from across the Commonwealth released the following statements today following an announcement by Governor Terry McAuliffe, Dominion Resources and AGL Resources about the economic benefits of the proposed Atlantic Coast Pipeline.

Recently over lunch, again, a former colleague of mine, from the party of which I am not a member, and I discussed a major difference between DC and Virginia politics. We both agreed that Virginia’s law banning legislators from raising money or even attending fundraisers during Session was worth replicating at the federal level.

Cold Fusion: Am I a Democrat?

After I graduated college from Washington and Lee University, I moved to Brooklyn to take a job with Lord and Taylor as an assistant buyer in…wait for it… women’s moderate blouses.

Cold Fusion has been on sabbatical due to the brief illness and eventual passing of my mom on January 14th. I started back up writing a few weeks ago and posting on my website’s blog – www.chrissaxman.com; however, my Cold Fusion emails were very special to mom. She reviewed every one of them before I hit send. Like just about every son, I didn’t take all of her edits, but I soaked up her praise.

Strange isn’t it? No one is complaining about any, and I mean ANY, decisions made by the referees in the National Football League. (If you don’t watch the NFL, you will need to stick around for this one…bear with me…) Naturally, some people might not like a call being made because it went against their team costing them yardage or even some points. No real complaints though.

Following up on the election changing debate performance by Governor Mitt Romney, Congressman Ryan will need to do one thing – just keep the narrative going.

With apologies to John Lennon, who in a previous Cold Fusion was outed as a Born Again Christian Reagan Republican, the lyrics to his famous song “Imagine” follow this post in, as Jimmy Buffet would say, “a slightly different point of view.” Okay…I’m a little sick and tired of the election just like you are, but let’s get one thing straight real quick – other than Gallup and Rasmussen, the polling being reported is bupkis.

During the pre-dawn hours on Wednesday morning down here on the bayou off Vacherie Road in Glencoe, Louisiana, a hearty band of hunters set out to do their part in controlling the alligator population. 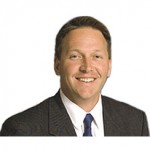 In 2000, US Senate Candidate and former Missouri Governor Mel Carnahan died in a plane crash two weeks before his election with US Senator from Missouri John Ashcroft

As I shared with you in earlier Cold Fusions, I am blessed with picking up our 12 year old daughter, Nora, from school

The book Game Change by Mark Halperin and Joh Heileman is about the historic 2008 presidential election. There are twenty three (23) chapters in the book. The first fourteen (14) are devoted to the Democratic nomination. The next three are about the Republican nomination which are followed by the final six chapters covering the Obama-McCain […]

Cold Fusion’s purpose, from its conception, was to provide readers with thought provoking views and/or ideas to advance the cause of human freedom and liberty. Unable to keep up with the times, I must submit to the reality that I was playing the wrong game. I assumed that the everyone had a mutual goal that […]

America is poised to enter a very new stage of her history – she is about to choose, for the first time, between candidates for president from both major political parties who call the suburbs their home. No more will Americans be choosing between candidates who grew up poor on the hardscrabble streets of Crossroads, […]

Lacking any controversial calls during the actual playing of Super Bowl XLVI, the nation seems to be fixated on the various human behaviors outside of the game itself. While 111.3 million people watched the actual game, 3 million more watched Madonna’s halftime show for a grand total of 114 plus or minus million people all […]

I had only three reasons to watch the Super Bowl this year. 1. It was the last football game until college spring games in April 2. Whether or not the score was going to be close to my prediction of 20-17 and well under the Over/Under Las Vegas put on the game of 54.5 points.  […]

Chris Saxman: Cold Fusion-Dude? Was That You? Edition

On a crowded elevator turn to the friend next to you and say “Dude! Really? On an elevator? Ladies and gentlemen, I would like to apologize for my friend. I want to assure you that I will be having a man to man conversation about his behavior. Oh man, this is just awful! It’s not […]