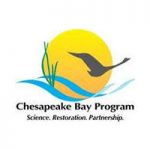 Virginia and Pennsylvania have completed an analysis of the economic benefits of meeting the Chesapeake Bay clean-up goals through the retention of forestland.

Successful restoration of the Chesapeake Bay is predicated on diverse interests working in partnership and at times putting aside differences to pursue common ground.

Senators representing Maryland, Virginia and Delaware are calling on appropriators to fully fund the Chesapeake Bay Gateways and Watertrails Program.

Chesapeake Bay: Barometer of the environment

John Smith’s visit around the Chesapeake Bay highlighted the wealth of forests, wildlife and sea life the new land offered.

Chesapeake Bay Commission members will launch a series of events next week in celebration of the first annual Chesapeake Bay Awareness Week.

The U.S. Supreme Court declined to hear a challenge to the U.S. Environmental Protection Agency’s “pollution diet” for the Chesapeake Bay, upholding the contested plan for bay cleanup goals for 2025.

Bob Goodlatte: It’s about the law

Listen carefully and you’ll hear the sound of bureaucrats scrambling to finalize a flood of new regulations before the end of the year.

The EPA asserted federal control over the Chesapeake Bay recovery in its 2010 plan that gives the agency the ability to function as a super-zoning authority.

Albemarle County has prepared a draft Action Plan describing how the County has contributed and will continue to contribute towards the cleanup of the Chesapeake Bay.

A 2014-2015 interim report card on efforts by Virginia farmers to reduce pollutants reaching the Chesapeake Bay found producers are “generally on-track for meeting programmatic milestones” in a multi-year effort.

The City of Charlottesville has completed the draft Chesapeake Bay Total Maximum Daily Load (TMDL) Action Plan to comply with the Special Condition of the Chesapeake Bay TMDL.

The Third Circuit Court of Appeals upheld the historic clean-up plan for the Chesapeake Bay.

Today, a three judge panel of the Third Circuit Court of Appeals unanimously upheld the right of Virginia and other Chesapeake Bay states to work together to protect and restore the Bay.

For Virginia Tech scientists, saving the Chesapeake Bay is all in a day’s work

More than 150 major rivers and streams flow into the Chesapeake Bay, Virginia’s most well-known estuary. This historically significant body of water has also provided livelihoods for fishermen, recreation for locals and visitors that flock to the region, and of course has been a vital water source for residents for hundreds of years.

Virginia homeowners can help protect the environment and the Chesapeake Bay by planting Virginia-grown plants this spring.

Governor Terry McAuliffe today announced that Virginia has been selected to receive a federal grant to accelerate the implementation of practices related to Chesapeake Bay cleanup goals.

The Chesapeake Bay Program announced that Virginia Governor Terry McAuliffe has been named chair of its Chesapeake Executive Council.

Governor Terry McAuliffe announced today that Virginia has awarded about $21.5 million in grants under the Stormwater Local Assistance Fund.