The Waynesboro Police Department is investigating a rash of break-ins to food service related businesses, including two downtown restaurants, in a two-day period.

Bridgewater College invites members of the local community to join its annual Oratorio Choir which will present a concert at 3 p.m., Sunday, Nov. 9, in the Carter Center for Worship and Music. 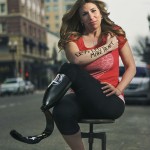 On April 15, 2013, Heather Abbott set out on an annual tradition with six friends. She planned to attend the Red Sox baseball game, walk over to the Boston Marathon finish line and gather at the Forum Restaurant. The events that day changed her life forever. At about 2:49 p.m., two pressure cooker bombs exploded, killing three people and injuring an estimated 264.

Vaughn tapped to lead economic development in the City of Staunton 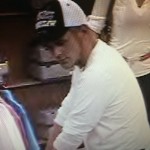 The Waynesboro Police Department is requesting assistance in a grand larceny investigation that occurred at a local department store in late June. 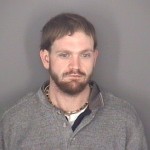 The Waynesboro Police Department is requesting assistance in identifying two individuals responsible for a felony vandalism that occurred at local business last month. 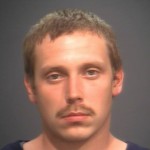 The Waynesboro Police Department is requesting assistance in locating an Augusta County man who is wanted for threatening his former employer.

The Waynesboro Police Department is investigating a residential burglary that took place sometime between 1 p.m. Saturday and 1 a.m. Sunday in the 300 block of Grove Avenue.

Central Shenandoah EMS Council is pleased to announce that we have hired two new educators to join our staff. The addition of two new educators is key to our ability to offer a full range of EMS educational programming to include our new paramedic training program which is on track for the fall of 2015.

The Blue Ridge Area Food Bank announces today the hiring of Todd Lilley as a Director of Development. Lilley will work with businesses and individuals in the Central Shenandoah Valley and Winchester to develop lasting partnerships and fundraising support of the Food Bank’s mission.