The #22 UVA baseball team ventures to Boston College Friday through Sunday for a three-game ACC series at Eddie Pellagrini Diamond.

Women’s lacrosse: No. 15 Virginia holds off No. 10 Boston College

The No. 15 Virginia women’s lacrosse team topped No. 10 Boston College, 15-14, to earn its first conference win on Saturday.

Augusta Free Press editor Chris Graham joins The Mark Moses Show on 1560-The Fan in Melbourne, Fla., to talk about Day 1 of the 2016 ACC Tournament. 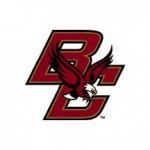 Boston College coach Jim Christian and senior forward Dennis Clifford talk with reporters after the Eagles’ 88-66 loss to Florida State on Tuesday in the opening round of the 2016 ACC Tournament.

A 12-3 Florida State broke open a tight first half, and the Seminoles went on to a dominant 88-66 win over Boston College in the opening round of the 2016 ACC Tournament on Tuesday.

North Carolina senior Brice Johnson has been recognized as the final Atlantic Coast Conference Basketball Player of the Week of the 2015-16 season.

Virginia senior Malcolm Brogdon has been voted the ACC Player of the Year by the league’s head coaches and leads that group’s list of postseason honors and all-conference teams.

How many ACC teams get March Madness invites?

On the top line, Virginia and North Carolina are thinking one seeds. On the other side of the ledger, several ACC teams are sweating out their March Madness travel plans.

The Atlantic Coast Conference has announced the seedings and bracket for the 63rd annual New York Life ACC Tournament.

Virginia senior Malcolm Brogdon is my ACC player of the year, and Virginia Tech coach Buzz Williams is my ACC coach of the year.

The ACC released on Tuesday information on a number of initiatives surrounding the 2016 ACC Women’s Basketball Tournament.

Virginia senior guard Malcolm Brogdon (Atlanta, Ga.) has been voted the ACC Men’s Basketball Player of the Week after leading the Cavaliers in a pair of games against ranked foes last week.

The Virginia women’s basketball team (16-14, 6-10 ACC) will be the No. 9 seed in the Atlantic Coast Conference Women’s Basketball Tournament.

All-ACC ballots are due in two weeks, and we’ve got ourselves some serious dilemmas to resolve in terms of the voting.

March Madness: How many does the ACC get in?

Notre Dame’s Demetrius Jackson has earned Atlantic Coast Conference Player of the Week honors for the first time this season.

Women’s basketball: Virginia snaps losing streak with 61-50 win at BC

The Virginia women’s basketball team had the upper hand on a record cold Valentine’s Day in Boston by downing Boston College, 61-50.

Virginia will face each of the 14 ACC opponents during the 18-game league schedule that includes nine home games and nine away contests in each of the next two seasons.

The Atlantic Coast Conference has announced the 18-game conference matchups for each of its 15 men’s basketball teams for the 2016-17 and 2017-18 seasons.

Augusta Free Press will once again be courtside at the ACC Tournament – this year coming to the nation’s capital March 8-12.

Has #9 Virginia turned the corner? Not yet

It says a lot about the expectations around Virginia basketball that an 18-4 record is considered a comedown.

Inside the numbers: Now, that was Virginia defense

Virgina tops BC: It was Malcolm Brogdon’s world

Virginia senior Malcolm Brogdon was channeling that Wally Szczerbia NCAA Tournament game where ol’ Wally had roughly half of the points scored total by both teams.

Ninth-ranked Virginia is coming off its best performance of the new year, maybe the season, maybe the past several years.

N.C. State junior Cat Barber has been selected as the Atlantic Coast Conference Basketball Player of the Week for the third time this season.

The ACC announced today that Ted Jackson, a long-time collegiate football on-field and replay official, has been named as the league’s first Assistant Coordinator for Football Replay.

The 2016 Atlantic Coast Conference football schedule released Tuesday by the league again features one of the most difficult non-conference slates among the Power Five Conferences.

North Carolina senior Brice Johnson has been selected as the ACC Men’s Basketball Player of the Week for the third time this season.

Clemson’s Jaron Blossomgame has been selected as the ACC Basketball Player of the Week, while Florida State’s Malik Beasley earned Rookie of the Week honors.

Boston College announced Tuesday that it has hired Scot Loeffler to be its new offensive coordinator and quarterbacks coach.

Duke sophomore Grayson Allen has been selected as the Atlantic Coast Conference Basketball Player of the Week.

Pitt junior forward Jamel Artis has been chosen as the Atlantic Coast Conference Basketball Player of the Week, while Florida State’s Dwayne Bacon is the repeat selection as ACC Rookie of the Week.

Virginia Tech football coach Frank Beamer’s final bowl game will come at the site of his first, the Independence Bowl.