Emma Leigh and Lee Cherry Entertainment have made a deal to promote and service “Daddy’s Gonna Kill Him” the new single from the Virginia-based country artist to Global Radio.

A celebration of the arts in Lexington will take place Friday, October 3rd from 5 to 7:30pm with the Arts of Lexington Block Party.

TOUCH the Band to perform at Carver Recreation Center

Charlottesville Parks & Recreation will present a concert by TOUCH the Band on Friday, September 12 from 8:30 pm – 11:30 pm at Carver Recreation Center.

The State Fair of Virginia’s concert lineup for 2014 will include hit country band Parmalee, long-lasting doo-wop and R&B/soul vocal group The Original Drifters and ‘80s blues rockers The Fabulous Thunderbirds. 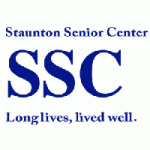 Dermascan and Nat King Cole all in one day

After lunch on June 24, fifteen Nat King Cole fans settled in for a history of this famous singer and a chance to listen to some of his most popular songs.

Blues for a Cure to benefit pancreatic cancer research at UVA 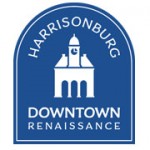 The most mysterious man in Harrisonburg? Meet Jimmy Madison

Downtown Harrisonburg, get ready to welcome an elusive yet fascinating new man about town, Jimmy Madison.

WTA’s Gateway will celebrate the end of its three years with an extravagant evening of performances by some of the Gateway patrons’ favorites.

Much to the anticipation of blues music aficionados worldwide, acclaimed blues guitarist Eli Cook will be releasing his new CD titled ‘Primitive Son’ on April 29, 2014 on Cleopatra Records.

A Midwest kid, from Chicago and Indianapolis mainly, one of Dan Janke’s earliest musical memories was hearing Simon & Garfunkel’s “Cecilia” percolating from the radio while his mom sipped coffee at a neighbor’s. Damn Jankes is playing its first show in Waynesboro at Chauncey’s Smokehouse on April 5.

Gaye Adegbalola embraces and redefines the classic style of the great blues divas of the 1920s and 30s – those often fiercely independent “wild women” who were unashamed to lay their souls bare and unafraid to give advice. Adegbalola invokes the spirit and addresses the lyrics & improvisational techniques of these classic blues women and brings history to life.

Dr. Levine and the Dreaded Blues Lady will perform in concert at North Branch School on Saturday, March 15, 7 p.m. Tickets are $10 in advance and $12 at the door.

This January, The Greenbrier resort in West Virginia is launching its Discovery Series, a collection of eight weekend events with themes ranging from interior design to the culinary arts, blues music to craft beer brewing, and from antiques to wellness.

Tom Principato is no stranger to Waynesboro, having headlined the Virginia Chili Blues ‘n Brews Festival. The blues legend returns to the River City on Saturday, Nov. 9, at the Gateway Theatre.

Melvin Taylor: Blues and jazz touch the soul like no other

No other genre of music touches the soul like the music, rhythm, sound and beat of jazz and blues which got its start in the early 20th century in the United States. Jazz music has structure, discipline and organization. The music has fundamentals and a foundation that cannot be made up. To play jazz, most […]