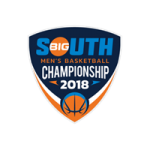 The official seedings and pairings for next week’s Big South Conference Men’s Basketball Championship are now finalized, and Radford – predicted to finish seventh in the preseason poll – is the No. 2 seed based on its current RPI of 140 through all college basketball games played of Feb. 24.

The Big South Conference announced its 2016 football broadcast schedule this week, and this year’s slate again features 11 games exclusively on ESPN3 and ASN.

Will Shepherd had four hits and drove in four runs, helping lead the No. 7 seed Liberty to a 9-3 victory over No. 3 seed Longwood.

The Liberty Flames will be the No. 7 seed for the next week’s Big South Baseball Championship.

No. 8 Charleston Southern was the final team to score in a back-and-forth battle on Saturday, edging Liberty, 31-24, at Buccaneer Field.

With 44 seconds left on the clock, Quincy Taylor made his curtain call and put to rest a career that ended with one of the greatest basketball seasons in Longwood’s brief Division I history.

Shaquille Johnson recorded his second straight double-double with 22 points and 15 rebounds to lead ninth-seeded Longwood to a 68-60 upset win over top-seeded Charleston Southern in the quarterfinals of the VisitMyrtleBeach.com Big South Championship Friday at The HTC Center.

Longwood (10-22) rode 25 points from junior Shaquille Johnson to a first-round upset of eighth-seeded Presbyterian, 65-61, Wednesday afternoon at The HTC Center in the first game of the 2015 VisitMyrtleBeach.com Big South Championship.

Badou Diagne scored 11 points and grabbed 12 rebounds to lead reigning Big South champion Coastal Carolina to a 72-59 win over Longwood Monday evening in Willett Hall. The victory clinches a first-round bye for the Chanticleers, who are in line for a No. 3 seed in the upcoming Big South Tournament on March 4.

It was just one game ago that Longwood junior Leron Fisher, hobbled by an ankle injury, recorded his lowest scoring output as a starter this season. Playing on the injury, Fisher managed just four points on 1-of-7 shooting in a 65-64 loss to Charleston Southern on Saturday.