A tale of two halves: UVA comes back from sloppy first half to top George Washington

Everything was going right for George Washington, and wrong for ninth-ranked UVA. 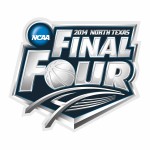 Augusta Free Press in the Big Dance: Your home for UVa. basketball in the NCAA Tournament

Augusta Free Press will follow the #1 East Regional seed UVa. basketball team as far as the ‘Hoos go in the 2014 NCAA Tournament – to Raleigh, Madison Square Garden and all the way to AT&T Stadium in Dallas, if that’s where things end up.

Florida State sure could have used a win over ACC regular-season champ UVa. in the ACC Tournament quarterfinals on Friday.

Sunday’s loss at Maryland ought to scare the hell out of UVa. basketball fans because March. Put it this way: March is not kind to Virginia hoops, the March 1 win over Syracuse to clinch the 2014 ACC regular-season title notwithstanding.

Chris Graham: Remember me? The guy who declared the UVa. season “lost”?

UVa. basketball should pretty easily re-enter the Top 25 from AP and the coaches this week after being out since Week 2 following the November loss at home to VCU.

It was as good a time as any to look at the RPI ratings. Going into Monday’s game at Tennessee, Virginia was a decent, if middling, 51st overall, sandwiched between VCU and Mercer. An RPI rating of 51 doesn’t guarantee you an NCAA bid, but you’re close, and if you’re UVa., you’ve got the whole ACC season to build on what was going into Monday night already the 44th-toughest schedule in the country.