The restoration of the Third Winchester battlefield is the largest such project in the history of the Shenandoah Valley Battlefields Foundation (SVBF.) The organization’s multi-year effort now has the additional purpose of combating the damage being done by an emerald ash borer infestation.

The Virginia Department of Transportation has announced that it will alter the proposed alignment of the Route 11 replacement bridge at Cedar Creek battlefield.

The Department of Defense has awarded a $1 million grant to Virginia Commonwealth University researchers to test the use of vitamin C in preventing hemorrhagic shock-induced death.

A Republican wave? A big Dem poll skew? What the hell happened?

Conventional wisdom had Republicans big favorites to win a Senate majority, build on its strong House majority and pick up several governorships.

The sesquicentennial commemoration of the Battle of Cedar Creek kicks off this week with a wide spectrum of programs and activities. Starting Friday, October 17,

The National Park Service and park partners at Cedar Creek and Belle Grove National Historical Park announce the release of the schedule of events for the 150th anniversary of the Battle of Cedar Creek.

This Saturday, the Shenandoah Valley Battlefields Foundation will present the biggest event in its history: a day-long series of Battlefield Programs on the Third Winchester battlefield.

Cedar Creek and Belle Grove National Historical Park, in partnership with a variety of community groups, will offer a series of special National Park Service programs and events this September, which commemorate the 150th anniversary of the 1864 Shenandoah Valley Campaign.

Visitors to the Conway Robinson State Forest can add a high-tech dimension to their outdoor experience. Informational signs on the forest have been updated to include QR codes.

Some of my liberal friends say they have lost all hope for American democracy, and a great many others act as if they had.

Analysis: What does U.S. have to gain, lose in Gaza?

The Shenandoah Valley Battlefields Foundation has announced the appointment of Keven M. Walker as the new Chief Executive Officer of the Foundation.

Boy Scouts do a good turn on Shenandoah Valley battlefields

Local Boy Scout troops have teamed up with the Shenandoah Valley Battlefields Foundation (SVBF) to pursue scout projects on the Third Winchester battlefield. 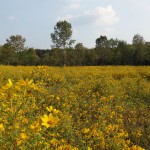 The Shenandoah Valley Battlefields Foundation is embarking on an ambitious project to restore and interpret the Third Winchester battlefield, site of the largest battle ever fought in the Shenandoah Valley – with a goal of completing critical work before the battle’s 150th anniversary next September.