Attorney General Mark Herring issued a statement on a Senate bill that would take away in-state tuition from students who have been declared "lawfully present" through acceptance into the federal "Deferred Action for Childhood Arrivals" program.

Today, the Senate Courts of Justice Committee will discuss SB 799 a bill that Senator Barbara Favola (D-Arlington) introduced to address the perpetration of hate crimes against LGBT individuals.

APCo to provide rebates to customers, has approved profit reduced 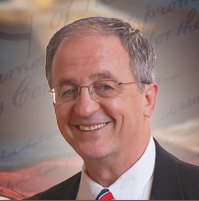