UVA sociologist: ‘Faith is a family-friendly force’ for African-Americans, Latinos

To remember the life and legacy of civil right leader Martin Luther King Jr., Virginia Tech will host, “What Happened to the Dream?”, a ten-day celebration beginning Jan. 19.

Dr. Whitfield Scott explains why minorities still don’t have the same level of freedom in his new book, A Focus on the African American’s History of Enslavement, Contribution to the Growth of the Nation, and His Struggle to be Free.

Charles Ogletree, the Jesse Climenko Professor of Law at Harvard University, will give the Mudd Distinguished Lecture in Ethics for 2014-2015 at Washington and Lee University. Ogletree’s talk will be Wednesday, Oct. 1.

Virginians headed to NYC for largest climate event in history

Over 80 activists from Richmond and surrounding areas began their journey to the People’s Climate March taking place today in New York City. The march, which starts at 11:30 a.m., is being hailed as the largest climate march in history. 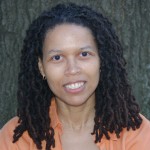 Prostate cancer is the second leading cause of death due to cancer in men. In 2014, it’s estimated that 233,000 men will be diagnosed with prostate cancer and approximately 29,500 men will die from it.

If you have ever wanted to appear on the small screen, this may be your chance! There will be an open casting call for background players for Point of Honor, an ABC Signature & Amazon Studios pilot directed by Randall Wallace.

Participants in the Dialogue on Race, a Charlottesville City initiative, and the Jefferson School have commissioned the nationally renowned artist, Melvin Edwards to create a monument about Vinegar Hill. 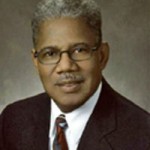