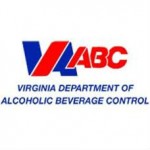 Enrollment is open for the Virginia ABC Youth Alcohol and Drug Abuse Prevention Project. YADAPP is a unique peer leadership opportunity fostering healthy communities and the prevention of substance use.

Virginia State Police is conducting a comprehensive investigation into the March 18 arrest by Virginia Department of Alcoholic Beverage Control (ABC) special agents of a 20-year-old UVA student in the City of Charlottesville.

Moonshine has come a long way, from the hills and hollows of Appalachia to the front and center of Virginia’s fast-growing artisanal spirits industry.

The Atlantic Coast Conference announced tonight the start time for Virginia’s Nov. 22 home football game with Miami. The game will be televised by ESPN2 and will kickoff at 7 p.m.

The Atlantic Coast Conference announced today the start time for Virginia’s Oct. 25 Homecomings football game against North Carolina. The game will be televised the ACC Network and will begin at 12:30 p.m.

After forcing and winning a decisive game three for the WNBA Eastern Conference Championship, JMU women’s basketball alumnus Tamera Young (JMU ’08) is headed to the WNBA Finals with the Chicago Sky for the first time in franchise history.

If you have ever wanted to appear on the small screen, this may be your chance! There will be an open casting call for background players for Point of Honor, an ABC Signature & Amazon Studios pilot directed by Randall Wallace.

The best government response to the “inversion” of Burger King with Canada’s Tim Hortons Inc. for the purpose of avoiding US taxes is the opposite of what you might think. Rather than club Burger King over the head with yet more tax avoidance rules, don’t tax Burger King – or its ilk – at all.

Governor Terry McAuliffe announced today that ABC Signature, a division of ABC Studios, has chosen Virginia for Point of Honor, the pilot for the television series ABC is co-producing with Amazon Studios.

Attorney General Mark R. Herring announced that late this evening the Commonwealth of Virginia reached a settlement with Elizabeth Daly in her $40 million lawsuit against several agents of the Virginia Department of Alcoholic Beverage Control (ABC.)

During the past few months Virginia ABC’s property management division has been busy in Augusta County. We are pleased to announce the grand opening of two new ABC stores—one in Fishersville and a second in Stuarts Draft.

A fifth straight appearance in prime time for the Dr Pepper ACC Football Championship Game, 10 national TV exposures and 10 national ESPN3 exposures in the first three weeks of the season,

With two outs and the bases loaded in the bottom of the sixth inning, Tyler Tewell delivered the key hit the Lynchburg Hillcats needed to break a 1-1 tie and ultimately prevail against Salem, 7-1, at Calvin Falwell Field Sunday afternoon.

After not completing the final two contests of a week-long road trip due to rain, the Lynchburg Hillcats are excited to return to action at City Stadium for the first of seven straight home games on Thursday, May 1.

If you’ve never watched “Shark Tank” on ABC, you must do stuff on Friday nights. But it’s a good show, featuring big-money investors, including Dallas Mavericks owner Mark Cuban, deciding whether or not to invest millions into new ideas being pitched to them by entrepreneurs and inventors. Diamond Dallas Page gets his turn in the Tank on […]

Something stupid to complain about: Welfare at strip clubs?

The Watchdog.org Virginia bureau wrote today about an in-depth investigation into what Virginia does to prevent poor-people welfare recipients from using public monies to go to strip clubs.

Gov. Terry McAuliffe announced on Wednesday the appointments of Boyd Marcus and Jeffrey Painter to the Virginia Alcoholic Beverage Control Board and the reappointment of 17 agency heads across his administration.

The ACC announced today it will utilize a six-day window for UVa.’s Nov. 30 home football game against Virginia Tech. The TV network and game time will be announced no later than Sunday, Nov. 24 and will be televised on either ESPN2 or ESPNU and will start at either noon or 3:30 p.m.

The Atlantic Coast Conference Monday announced the ACC game times and networks for the weekends of Nov. 9 and Nov. 14-16.

The Atlantic Coast Conference Monday announced that ESPN has declared a six-day option for three ACC games on Nov. 9 and announced the other four game times and networks.

Virginia Tech and Ohio State have agreed to move the return game of their football home-and-home series in 2015 to Labor Day Monday night, Sept. 7, the two schools announced Wednesday.

‘Hoos, Hokies on TV this fall

Item by Chris Graham freepress2@ntelos.net The Aug. 30 season openers for Virginia and Virginia Tech will be televised, and UVa. fans will get to see their ‘Hoos each of the first three college-football weekends next fall. Tech’s opener against East Carolina in Charlotte will be televised nationally on ESPN with a noon kickoff. UVa.’s home […]