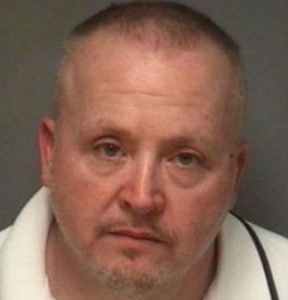 A Scottsville man has been charged in a case involving a stolen company work van reported on Wednesday.

The investigation leading to the apprehension began when Albemarle County Police received a complaint of a stolen vehicle in the area of Broadway Street, located in Albemarle County, early Wednesday morning.

The suspect or suspects in the case had apparently accessed the company work van by cutting through a locked fence. A second call for service came in later this morning in the 3500 block of Seminole Trail, regarding a stolen pull behind a camper.

Officers were able to track the van to a location in Nelson County and, with assistance from the Nelson County Sheriff’s Office, both the van and camper were recovered.

A suspect was identified and taken into custody without incident. This investigation is still ongoing at this time.

Anyone with information relating to this incident should contact Detective Dylan Leitch with the Albemarle County Police Department at (434) 296-5807.