Survey: UVA’s Bennett among toughest to prepare for 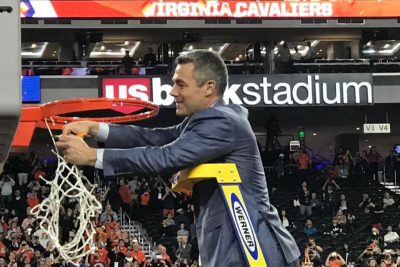 Other coaches lose sleep at night preparing for UVA’s Tony Bennett, according to a poll conducted by CBS Sports basketball writers Gary Parrish and Matt Norlander.

Bennett rated second on the list of most difficult coaches to prepare for in the survey of more than 100 coaches, just behind Michigan State’s Tom Izzo.

Interesting was the commentary from coaches, who were granted anonymity to allow for candor.

One comment: “Even though they have such a simple and methodical style offensively and defensively, they are so good at what they do, it’s crazy.”

I’d add to that: and he makes you play his game.

Duke, credit to them, beat Virginia twice in 2018-2019, but they had to do it the Virginia way. The Blue Devils were 20th nationally in adjusted tempo, averaging 72.1 possessions per game. They had 63 possessions in each of their games with UVA.

Another coach comment: “You worry about scoring because their defense is so good, but you’ll get open shots. The shots won’t fall all game because their offense affects your team’s legs.”

Nobody thinks this, outside of those of us who watch Virginia night-in, night-out.

All the credit goes to the defense, and when outsiders talk about the offense, all they can do is say, boring, as if all Bennett has his guys do is dribble the ball up front for 25 seconds and then shoot a jumper.

For opposing defenses, that’s 21.0 seconds per possession chasing guards running off screens, and actually, putting it more accurately, chasing guards and having to fight through those screens, while also guarding against slips and dives and pick-and-pops.

The Cavalanche that we see happen so often isn’t just the result of the Pack-Line, in other words.

A third coach comment: “Your players don’t realize the measure of their compounding mistakes over a given stretch in any game versus his teams. You can be out of the game long before your team realizes it.”

How many times have we seen this? Even diehard UVA fans can let themselves get worked up when the scoreboard makes a game look closer than it is.

So many times you see the jumpers stop falling on the other side, the coach calling a timeout to try to get his forces back in line, the panic starting to set in, and by then, it’s over, only we don’t see it until the Cavalanche makes the score look the way you think it should look.

I’m reminded here of the children’s song about being eaten by a boa constrictor.

I think that one sums up the experience for Bennett opponents as well as any of those quotes above.