Survey: Strong, across the board support for Social Security 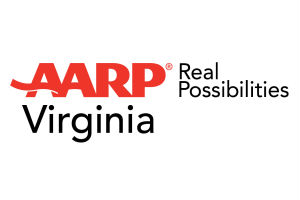 The clear majority of Americans – 93 percent of Republicans, 99 percent of Democrats, and 92 percent of Independents – see Social Security as an important government program, and 56 percent believe it is even more important for retirees in light of the coronavirus pandemic.

In a letter sent Thursday to President Trump, AARP asked him to explain his plan to replace Social Security funding.

“AARP Virginia is fighting to protect voters 50-plus and make their voices heard on the issues that matter – protecting Social Security and Medicare, lowering prescription drug prices, and ensuring you can vote safely from home or in-person,” said AARP State President Joyce Williams. “Workers have paid into Social Security with every paycheck. It’s a hard-earned benefit and a promise that must be kept. AARP will never stop fighting to strengthen Social Security, and make sure hard-working Americans get the benefits they’ve earned.”

Social Security was signed into law by President Franklin D. Roosevelt on Aug. 14, 1935.

AARP’s survey found that Social Security is a key source of income and economic stability in retirement, but they have concerns about whether it will be enough.

Social Security is a key component of AARP Virginia’s “Protect Voters 50+” campaign, which launched Aug. 3. The initiative is calling on the presidential candidates to tell us their plan to protect Social Security for current and future generations, and helping voters cast their votes safely from home or in-person this November.