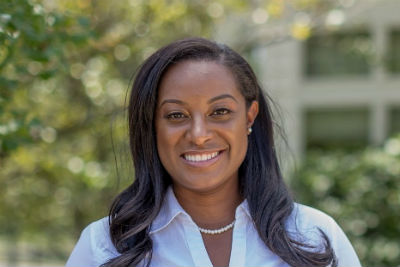 Sunrise Virginia has announced its endorsement of Jennifer Carroll Foy for the Democratic Party nomination to run for governor.

Sunrise Virginia is a statewide, youth-led movement fighting for a Green New Deal with hubs from across the commonwealth, including Chesapeake, Chesterfield, Fredericksburg, Fairfax, McLean, Richmond, Roanoke, Williamsburg, and Woodbridge.

A press release from the group reported that Carroll Foy secured 70 percent of the vote among active members of the statewide coalition.

“In addition to being a co-sponsor for both the Green New Deal resolution in 2019 and the Green New Deal Act in 2020, she has championed the passage of the Equal Rights Amendment and paid family/medical leave,” Sunrise Virginia Communications Director Mitra Kashani said. “We’re proud to endorse Jennifer Carroll Foy, and we’re ready to help her secure the nomination and win this election.”

A Petersburg native and former member of the Virginia House of Delegates, Carroll Foy was in the third class of female cadets to enroll at Virginia Military Institute, from which she graduated in 2003.

She also has a master’s degree from Virginia State University and a law degree from the Thomas Jefferson School of Law, and is a public defender in Northern Virginia.

“Virginians are tired of genteel corporatism. It’s time to put workers and frontline communities first. Each candidate was fantastic, but we’re so excited to support Jennifer Carroll Foy,” said Fionnuala Fisk, Political Director of Sunrise Virginia. “Jennifer Carroll Foy has a vision for a better, fairer Virginia and the strategy and capacity to get there.”