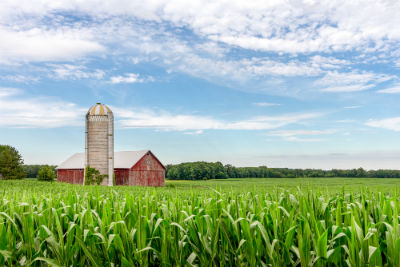 After toiling through a damp planting season and a mid-July drought, Virginia corn and soybean growers are bracing for diminished harvests following an August deluge.

“The season’s been a double punch to farmers because you had all of that extremely wet weather at the beginning just to go into a drought,” said Mike Parrish, a Virginia Cooperative Extension agent in Dinwiddie County.

“Growers have crops that didn’t finish maturing and didn’t fully reach their potential, and now that we’re heading into more rain, it’s going to be another challenge. They’ll just hope they can have a decent harvest and get what little crop is there.”

According to the National Agriculture Statistics Service Sept. 8 crop report, only 60% of field corn is matured, down 9% from this stage last year. Of the corn remaining in Virginia fields, just 31% is in good or excellent condition.

“We’ve had the kitchen sink thrown at us this year,” said Stafford County Farm Bureau board member Glenn Dye, who grows corn and soybeans in Appomattox, Fauquier and Stafford counties.

“It was dry, which is already bad enough on crops, but we had so many consecutive days over 90 degrees that the heat just zapped everything and took any moisture out of the crops. I’ve never seen corn suffer so bad.”

While Dye is anticipating diminished corn yields, he said sporadic rains in Appomattox helped his soybeans, which are exhibiting good yield potential.

The NASS report indicated that in Virginia 97% of soybeans have bloomed, up 2% from last year, and 82% are setting pods, just 1% behind the 5-year average.

With sunshine and warm temperatures needed to capitalize on a strong soybean harvest, farmers are hoping September’s seasonal start will continue without weather disruptions that plagued the growing season.

“We’re picky,” Dye joked. “As we start getting into the cooler temperatures, the soybeans will start to mature a little rapidly, but they’re not done by any means. They’re going to need rain again, decent temperatures to finish out and hopefully a frost that’s normal or later than normal.”