According to Drive Smart Virginia, the period between Memorial Day and Labor Day is known as “the 100 Deadliest Days”.

Teens are at an increased risk for crashes during that time because they spend more time on the road, carry more passengers and lack experience with dangerous road conditions.

During the summer 10 people die daily from car crashes involving teen drivers across the nation, according to the AAA Foundation for Traffic Safety. And 14 percent more deaths involving a teen driver occur then. 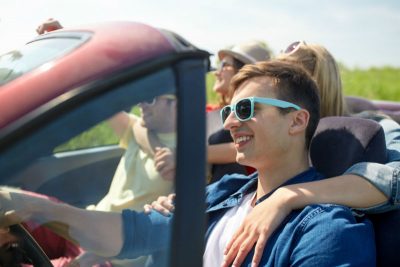 “It’s so important that teens—and all drivers—pay attention to the roadways and use caution when driving,” said Darlene Wells, executive vice president and general manager of Virginia Farm Bureau Mutual Insurance Co. and a board member for Drive Smart Virginia. “Virginia Farm Bureau has always taken teen driver safety to heart and offers a safe driving program for teens that includes a safe driving video and potential insurance discount.”

Now that school is out, it’s important to prepare inexperienced teen drivers for some of the most dangerous driving days of the year.

Speed and nighttime driving are significant factors contributing toward the number of teen driving crashes during the summer.

Additionally, teens were involved in one in 10 motor vehicle speed-related fatalities.

In preparation for the dangerous summer driving period, AAA encourages parents to educate their teens and themselves about risky driving behavior. Parents should: