Students educate each other, the general public about commodity markets 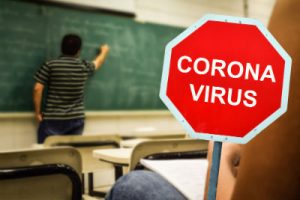 When student members of Virginia Tech’s Commodity Investing by Students, or COINS, group heard that spring break was going to be extended for a week and that classes would then move online, they quickly began to think of ways they could keep operating from a distance.

For some members, that distance was farther than others.

Colburn Hassman, a senior from Kilmarnock, Virginia, was vacationing in Sweden when he heard the news. But as someone who spent his entire sophomore year abroad, Hassman was prepared to finish out the semester in Stockholm, Sweden, where he now lives with friends he met as a sophomore studying abroad.

“After we heard about the travel restrictions from Europe, everyone started trying to get home,” said Hassman, who initially traveled to Europe with friends from Virginia Tech. “The flights were totally chaotic. My friends were eventually able to get home but only after spending 26 hours in layovers.”

Still in Sweden, Hassman now has a different perspective on daily life during the COVID-19 pandemic – a perspective that has allowed COINS to operate more like a global investment firm.

The group is a student-run commodity investment group and is open to all Virginia Tech majors. It grew out of an idea and gift from Bruce and Debbie Holland and gives students the opportunity to learn and perform fundamental and technical analysis of commodity markets while managing an investment portfolio. Bruce is an alumnus (agricultural and applied economics ’70) and former Board of Visitors member. John and Kristi Rowsell, both agricultural and applied economics alumni, also support a COINS graduate fellow each year.

Group Chief Executive Officer Sidharth “Sid” Muralidhar is a junior majoring in finance and has been working hard with the rest of the COINS’ executive committee to keep the group running via biweekly Zoom meetings – one meeting on Wednesdays to discuss markets and trades and another meeting on Fridays to connect with alumni and enhance members’ professional development.

The current format mimics how the group functions in-person but has also enabled COINS members to produce additional outputs.

“Having Colburn in Sweden has allowed us to add an international time zone, which is cool for a trading and investment group because when we’re sleeping, Colburn might be up checking on the markets and thinking of strategies so he’ll send us messages on things we can work while he winds down his day and vice versa,” said Muralidhar. “This is really cool because this is what happens at trading and investment firms in the professional world – they’ve got people sitting in Europe, sitting in Asia, so that when markets close in one area, there are people awake in other areas who are ready to act.”

Hassman has taken that responsibility upon himself as he begins his days early to work on school assignments, analyses for COINS, and undergraduate research all before sitting in on his online classes, which he attends during Sweden’s evening hours.

“There’s one hour when theoretically everyone around the world should be awake, but for college students in the United States it’s in the morning, so I don’t think they’re really awake,” said Hassman. “So I end up jumping on things during that time and then funnel it through to the group. Additionally, spending so much time in Europe has given me a better idea of how the Eurozone works and being in Europe, a big epicenter for the pandemic, I can offer a different view of what’s going on on the ground.”

In addition to adding a “European arm,” as the group refers to Hassman’s new posting, they have also used this time away from campus to revamp their website. And while members’ market and commodity analyses have not changed, they have introduced a weekly report that covers each week’s biggest news items and how they affected the way commodities are priced. Additionally, the report gives readers a sense of how the group operates and does its commodity research.

These reports are released on Mondays on the COINS website.

“Putting our research pen-to-paper has allowed us to explain more detailed concepts, which we normally wouldn’t cover in a meeting because not everyone in the group is as familiar with the inner workings of each commodity,” said Muralidhar, who oversees COINS’s three divisions that cover a range of commodities from corn to gold. “We’ve also tried to make it accessible to people who simply have an interest in commodities markets. We want it to be an engaging presentation so people take away something new every week.”

And whenever COINS is able to meet again in person, they plan to continue producing this resource.

“I have been very impressed to see our students not only persevere, but excel and expand their accomplishments under these tough conditions,” said Associate Professor Olga Isengildina-Massa, the group’s faculty advisor. “They have really demonstrated remarkable strength and passion for commodity markets.”

While the markets have been extremely volatile, COINS members have continued to show their interest by putting in extra time and effort to understand and analyze how societal, agricultural, and political systems are connected and influence commodity markets.

“We’ve seen members put in an enormous amount of effort despite the obvious changes that have had to have been made during this crisis, and camaraderie has improved as a result, too, because everyone realizes that it’s a team effort.” said Muralidhar. “It’s been a phenomenal learning opportunity for us because we manage real money, and as students, we can say that we now have experience working and trading through one of the most volatile times in history. A lot of people in the real world don’t even have that experience. It’s been really unique for us, and the group has done a tremendous job taking the challenge and running with it.”