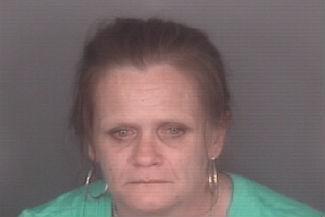 A Stuarts Draft woman is being held without bond after methamphetamine was discovered inside her vehicle during a traffic stop.

On Aug. 19, Lisa Dawn Jones, 48, was taken into custody without incident during a traffic stop on Interstate 81 near Greenville. The traffic stop was initiated by the Skyline Drug Task Force and Augusta County Sheriff’s Office in connection with an ongoing criminal investigation.

Jones is being held at the Middle River Regional Jail.