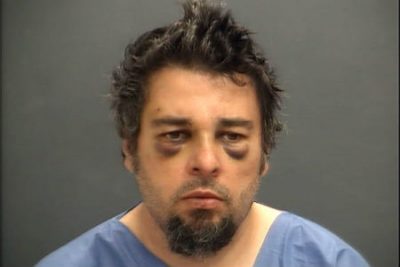 A Stuarts Draft man has been charged with murder in the suspicious death of a woman whose body was discovered in a Waynesboro motel on Saturday.

Shawn Preston Jones, 42, was taken into custody today at UVA Hospital in Charlottesville, where he had been admitted after being involved in a single-vehicle crash on South Delphine Avenue early Saturday morning, April 6th.

As a result of the continuing investigation into the discovery of the body of Deborah Jean Allen on Saturday morning in a Royal Inn Motel room, her death has been ruled a homicide due to blunt force trauma.

Jones has been charged with second-degree murder in the case.

He is currently being held without bail at Middle River Regional Jail pending a hearing in Waynesboro Juvenile and Domestic Relations Court on Thursday.