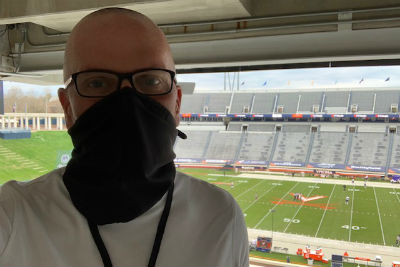 Chris Graham, the editor of The Augusta Free Press, an award-winning journalist and editor, is marking his 25th year in journalism in 2020.