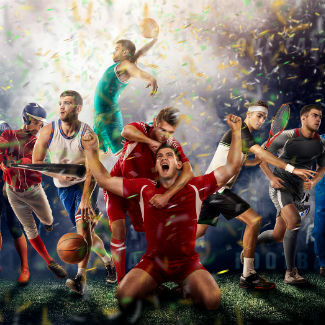 I have an idea for putting a dent in climate change: getting the sports-info people to stop wasting so much damn paper on press rows.

I wish I’d taken a photo of press row as I was leaving Bank of America Stadium from the ACC Championship Game Saturday night.

When you get to your seat in the press box, you’ve got a sheaf of game notes stapled together, for starters.

Every quarter, then, interns walk up and down the row to hand out stats and a play-by-play.

After the game, you get more stats, game notes, coach and player quotes.

Not all efficiently squeezed onto one piece of paper. You get a separate sheet for each individual thing.

Then an intern walks around later asking you if you want a book.

A book is all of the papers they’ve been giving you all game stapled together.

Odd thing about all of this: there are live stats accessible by computer, which, if you have any sense to yourself, you keep on the screen in front of you during the game.

And then the notes, the quotes, whatever, they can just as easily, and much more efficiently, by email.

At the least, you already have all of this anyway, so save on the books, right?

I’m relying on my colleague, Scott German, for a head count of how many folks were in the press box Saturday night.

He studied the seating chart ahead of the game, and he estimated around 200 working media.

May be high, may be low, let’s go with the number, for argument sake.

The game notes, let’s be conservative and guess they’re five pages. They’re probably a lot more, but I’m trying to be fair.

The quarter notes and play-by-play: well, there are four quarters, so, eight of those total for the game.

Quotes for each team and set of players, game notes: again, conservatively, let’s say five of those total.

Staple it all together: 13 more per person, plus the staples.

That means I was given 31 pieces of paper, sorry to repeat, probably undercounting that, but let’s say it’s 31.

Times 200, just for sake of our argument.

That we didn’t need.

Going electronic just for that one night isn’t going to save the world from the inevitable boiling over that is to come.

What if every press box in college and pro sports got in on the act?

Asking for our great grandchildren, who want to be able to breathe outside their climate-controlled bubbles.