Stipe Miocic had to wait for over one year to lay his claim on the heavyweight title once again, despite having defended it successfully on three consecutive occasions earlier. In the end, he came out with an opportunity to defend it again in the future. He won a grueling fight against Daniel Cormier on Saturday, August 17, and won the title he had lost to Cormier a year ago. Miocic employed a big flurry of punches to knock out Cormier in the fourth round. The exact time of stoppage of the fight was 4:09.

A lot of punters as well as bookmakers had tipped Daniel Cormier to easily win the fight, and he was the favorite going into it too, at odds of -145. Stipe Miocic on the other hand was being offered at odds of +115. Hence, anyone who was betting on UFC that night, and particularly on Miocic, must have made handsome returns on his/her investment. After the fight, Miocic told everyone that he saw some weakness in Cormier during the third round, and then some more in the fourth. He grabbed the opportunity in the fourth and finished him with that right hand. 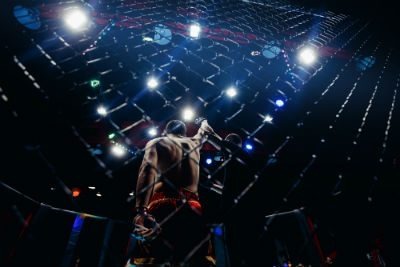 As soon as the fight started, Cormier made a solid statement right away, shooting for a single. Miocic did the best he could to sprawl, but Cormier lifted him up and carried him around, slamming him on the mat. Thereafter, it was Cormier throughout in the first round. Even though Miocic did a reasonable enough job of tying him up, the latter did manage to secure the round easily.

The second round proved to be a pretty brutal affair, with both the fighters trading full force punches for complete 5 minutes. None of them cared about defence, with Miocic landing some of his biggest shots and Cormier some pretty wicked ones as he closed the distance.

Things slow down a bit during the third round. Miocic look much fresher and successfully landed more often compared to Cormier, successfully managing his first takedown too. Cormier on the other hand landed enough shots to ensure that things didn’t go out of reach for him. But by this time it was clear that Cormier was about to fade.

As the fourth round started, things that clearly turned in favour of Miocic. He picked up a rapid pace and landed a good number of body shots on Cormier, without any answers. The knockout came about when Miocic’s solid pair of right hands sent Cormier rocking back to the fence, and the former going all over the latter until Herb Dean, the referee had to intervene and stop the fight. Talking to the press about the final blow, Miocic said, “I felt like it was hurting him. His hands were dropping, and I started coming over the top more. My coach said to use that right hand. … I knew I was hurting him. His hands were dropping more. Just got to keep working, keep working, he’s going to leave something open. I caught him with the right hand.”

After scoring the 15th TKO/KO victory of his career, Stipe Miocic has emerged victorious in 7 out of his last 8 fights. Daniel Cormier on the other hand was on a 7 fight winning streak, which came to a halt with this one. He lost the heavyweight title for the first time in his MMA career.