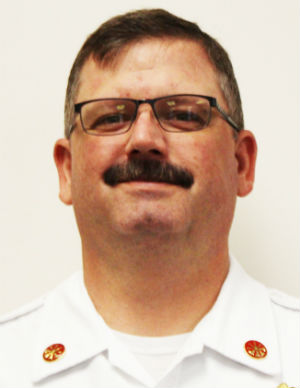 Morris has served with HFD for 22 years, serving in the roles of firefighter, lieutenant, captain, deputy chief of support services and currently deputy chief of operations.

He also worked for two years with Rockingham County Fire Rescue, and is a life member of Grottoes Volunteer Fire Department, where he began volunteering in 1989.

Morris holds a bachelor’s in fire science, a M.A. in management and leadership and is a graduate of the National Fire Academy Executive Fire Officer Program.

“I am very pleased to be able to promote Steve to the position of interim fire chief,” Campbell said. “He has the utmost respect from his peers around the region and from his colleagues at the Harrisonburg Fire Department. I am certain he will serve in this position to the best of his ability and keep leading the department forward as we continue our national search for the next fire chief.”

HFD Fire Chief Ian Bennett will officially retire from the position on April 1, after which he will take on a position with the nonprofit National Fallen Firefighters Foundation.

The City of Harrisonburg is currently scheduling interviews with potential candidates for the full-time position, and has worked closely with firefighters at the department to get feedback on what they are looking for in the next fire chief.