Staunton Parks and Recreation is moving forward sooner than expected with a natural playground, thanks to $8,000 in grant funding.

The Staunton Rotary Club contributed $4,000 to the project and Rotary District 7570, through The Rotary Foundation, donated a matching community project grant of $4,000. The money will kick start the phased project and go toward the initial land development of the natural playground. The contributions will also later fund the components of the playground.

The Shenandoah Valley Kiwanis Club has also expressed a commitment to providing funds and sweat labor toward the project, and plans to seek grant funding for the playground through the Kiwanis International Foundation.

The natural playground will be designed on the lower level of Montgomery Hall Park, between Springel Field and the 18th hole of the Kiwanis Disc Golf Course. Parks and Recreation leaders said they expect to break ground in the fall, once summer vegetation and overgrowth have disappeared.

“We aren’t quite sure what natural features already exist in this area, so we are waiting until the fall to see what we have to work with before finalizing a plan,” said Claire Richardson, recreation manager.

“We are very excited to partner with Staunton Parks and Recreation to bring this natural playground to the children of the region, the interactive play it will provide will enhance the children’s creativity and interaction with nature.”  Said Cynthia Pritchard of the Staunton Rotary.

Richardson added that they are exploring universal, wide-ranging design options for the area. A natural playground incorporates natural elements found in nature to create a coordinated, purposeful play space. The purpose of a playground, which resembles an area sans plastic, manufactured, standardized playground equipment, aims to nurture a child’s connection to nature, and invites and encourages wonder and hands-on play while promoting physical activity.

Some elements the department hopes to include in Staunton’s natural playground are willow domes, gravel pits, labyrinth, natural benches and tables, and musical and art components.

Natural playgrounds can cost anywhere from $5,000 to millions of dollars, depending on the desired elements, design, budget and the sponsoring organization.  Most natural playgrounds are constructed through Parks and Recreation departments, state parks, private childcare facilities, museums, schools and botanical gardens.

Boxerwood Gardens in Lexington is the closest natural playground to Staunton, while another in Crozet, called Wildrock, is currently in the planning stages.

“Besides enriching our wide array of park amenities, we believe a Staunton location likely would create a prime opportunity for cross promotion of all such parks, potentially attracting visitors from all over the Commonwealth,” Richardson said.

Currently, the City does not have the financial resources to contribute to the project this fiscal year, so the Parks and Recreation department is relying on private funding for the natural playground.

“Many individuals have played a significant role in helping us get to this point, and it would not be possible had these folks not volunteered their time and talents,” Richardson said. “It’s testament to the devoted, creative and involved community that defines the Queen City.”

The idea for Staunton’s own natural playground surfaced after Richardson visited Boxerwood Gardens in Lexington. While there, Richardson talked to several visiting families from Staunton, who asked if she was there to research the gardens for the construction of a similar area at home. She ran with the idea and after seeking official approval, developed a community survey while conducting research on natural playgrounds in the U.S. She and Steve DeVenny, park superintendent, then met with members of the Boxerwood Gardens team, who readily provided useful information and suggestions.

The National Recreation and Park Association has been advocating for  playgrounds with nature play throughfeature articles, advertising partnerships with organizations to provide grant funds for natural playground development, and through initiatives like the 10 Million Kids Outdoors campaign.

Residents and businesses interested in supporting Staunton’s natural playground project, should contact Claire Richardson at Staunton Parks and Recreation at 540.332.3945 or via email at [email protected]. The department welcomes volunteers, construction resources and cash contributions for the project. 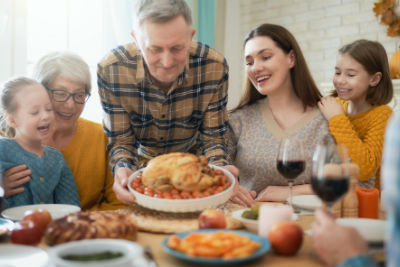 Consumers should plan ahead for purchasing their Thanksgiving turkey, but if you want a turkey for your feast, you will be able to find one, according to the Virginia Poultry Federation.