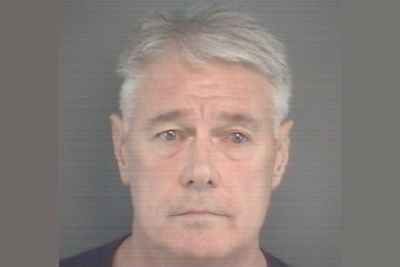 A Staunton man faces charges after an investigation into a reported weapons violation ended early Saturday morning without incident.

Douglas B. Truslow, 57, is charged with brandishing a firearm and communicating a written threat of death or bodily injury.

Truslow was processed and then released on an unsecured bond.

Staunton Police responded to a report of a weapons violation in the 2500 block of Bath Street at 7:15 p.m. Friday. Witnesses on the scene reported that a male armed with a firearm had threatened violence to a group of individuals on Miller Street.

According to police, the man then threatened responding police officers.

The man, Truslow, was taken into custody at 3:24 a.m. Saturday morning.

Staunton Police were assisted in the apprehension by the Augusta County Sheriff’s Office and Charlottesville Police Department.