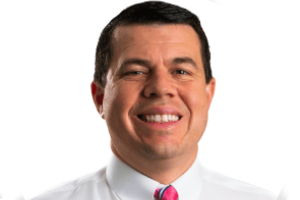 Staunton City Council will take action on Thursday to appoint John C. Blair as the City of Staunton’s city attorney.

Blair will succeed Douglas L. Guynn, who is departing after 16 years in the position.

Pending City Council action, Blair will assume the city attorney position on March 15, bringing to his new role over 16 years of experience as a local government attorney in a variety of localities in the Commonwealth of Virginia, including most recently serving as the city attorney and interim city manager for the City of Charlottesville.

Mayor Andrea Oakes said Blair’s significant and varied Virginia local government experience and accomplishments, coupled with his knowledge of and familiarity with the Central Shenandoah Valley, ultimately set him apart from the other top candidates for the job.

“We are very pleased to bring someone with John’s broad experience and proven track record of success onboard as Staunton’s city attorney,” Oakes said. “He has demonstrated a sincere commitment to public service during his career and has worked across the Commonwealth, including in neighboring jurisdictions, in all facets of the complex elements of local government legal work.”

“It is an honor and a privilege to be selected as Staunton’s next city attorney. Staunton is an excellent city, and I look forward to providing legal services to the City Council and staff,” said Blair.

Prior to his time in Charlottesville, Blair served as senior assistant county attorney and deputy county attorney for Albemarle County from 2013–2018. His major responsibilities included handling land use and economic development matters and serving as counsel for the county’s Economic Development Authority, Planning Commission, School Board, Police and Human Resources departments, and the Charlottesville-University of Virginia-Albemarle County Emergency Communications Center.