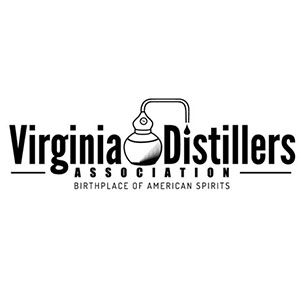 Senate Bill 803 proceeds through the Virginia General Assembly ranks as state legislators continue to evaluate whether or not they want to foster the Commonwealth’s burgeoning distilled spirits industry. Virginia is a control state for distilled spirits (but not for wine nor beer), which requires the state’s distilleries to operate as government ABC stores. This means Virginia distilleries have to sell their products using the state-imposed markup structure while shouldering 100 percent of the operational costs for a distillery store. SB803 will allow Virginia distilleries to keep the state-imposed markup for product that they sell onsite at distilleries, and as a result never moves through the state fulfillment system.

As of last week, the bill passed the full Senate floor, and will now proceed onward to the House for crossover. “Support from the Senate for commonsense legislation to advance fair policy for Virginia distillers, who are also Virginia farmers, Virginia employers in rural communities and drivers of Virginia’s tourism has been tremendous,” said Virginia Distillers Association (VDA) Government Affairs Director Curtis Coleburn.

SB803 Patron Senator Bryce Reeves identifies with many of the unique and excessive challenges faced by Virginia distillers. “We should be doing everything we can to promote and reward small businesses and their operators in Virginia – SB803 does just that. It allows distilleries to keep more of their well-earned proceeds,” explained Senator Reeves.

Distilled spirits are the only consumer good where our state government is an active market participant. In addition to the state-imposed markup which averages 69 percent but can be as high as 93 percent, Virginia adds on a 20 percent excise tax to all distilled spirits sales. Virginia has the second highest excise tax for distilled spirits in the nation, at 20 percent of the retail shelf price ($30.88/gal for distilled spirits for a bottle that retails for $30.59 excluding Virginia sales tax). On a per gallon basis, this is more than 19 times greater than the state excise tax on table wine ($1.51/gal), and 117 times greater than the state excise tax on beer ($0.26/gal). To better understand the economics of distilling and selling spirits in the Commonwealth, CLICK HEREfor an overview. SB803 will allow distilleries to keep the state-imposed markup (averaging 69 percent but as high as 93 percent) for all sales at their distilleries; allowing them to reinvest in their businesses.

The markup formula how the state sells product is the same whether product is sold at distilleries, or at local ABC stores. Subsequently, distillery operators shoulder 100% percent of the expenses for operations (e.g. employees, overhead, credit card processing machines, etc.). In exchange, distillery store operators receive a commission of 8 percent of sales for product sold at distillery stores. That commission was formerly 15 percent, but was reduced to 0 percent, then 8 percent in 2015 by ABC. As a result, distillery stores render a higher rate of return to the Commonwealth at 40.52 percent vs. 35.03 percent for the state’s own government ABC stores.” See p. 34 of Virginia ABC’s 2017 fiscal report for further information.

Additionally, distilleries have to purchase their own bottles to sample for consumers in their own tasting rooms. This means paying ABC’s markup and the state excise tax for bottles earmarked specifically for consumer sampling. Then 100 percent of all revenues have to be transferred to Virginia ABC (this includes both bottle samples and all consumer spirits sales) with profits being returned 30-60 days later, creating cash flow burdens.

“Managing on-site samples and sales is one of the most costly expenses for our distillery operations,” said Scott Harris of Catoctin Creek, in Purcellville. Catoctin Creek, like most Virginia distilleries, focuses on using Virginia agriculture as the foundation for their distilled spirits production. As the 2018 Economic and Regulatory Analysis of Virginia’s Distilled Spirits Industry points out, more than 70 percent of all grains and agricultural products used in production of Virginia distilled spirits are sourced from Virginia farms. “As Virginia spirits sales continue to grow, the indirect effect on Virginia agriculture will undoubtedly increase as well,” Harris added.

Virginia distilleries are marketing tools that aide in the success of Virginia ABC. “When a consumer buys a bottle of Virginia spirits from my distillery, most subsequent purchases for that same product take place at Virginia ABC stores,” explains Gareth H. Moore of Virginia Distillery Company, in Lovingston, Virginia. “Everybody wins when Virginia distillery stores become profit centers for their operators. Our industry is at a tipping point for growth, where we have the potential to be a much greater driver for economic impact to the Commonwealth via excise taxes on all distilled spirits sales, tourism, and new investments to the state.”

House Patron Delegate Nick Freitas is continuing to advocate for support of this legislation as well. “Unfortunately, the Virginia tax code is thwarting growth {of the Virginia spirits industry} and punishing distillers by confiscating over 50 percent of their profits for bottles sold within their own distilleries,” said Delegate Freitas. “If we want this industry to be able to expand the way it should, we must address the markup structure and tax rates paid by distillery store operators.”