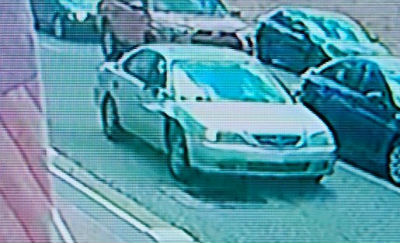 The Virginia State Police is seeking the public’s help with identifying and locating a vehicle involved in a hit-and-run Friday afternoon in Augusta County.

At approximately 3:10 p.m., a motorcycle was traveling north on Route 340/Stuarts Draft Highway when it was sideswiped by a gold Honda Acura near a crossover. The Honda briefly stopped at the scene and then drove away continuing north on Route 340 towards the city of Waynesboro. The gold Honda Acura then took a right to head east on Lyndhurst Road.

The motorcyclist, a 39-year-old male resident of Staunton, was transported to UVA Medical Center for treatment of serious injuries sustained in the crash.

The gold Honda Acura will have damage to its passenger-side mirror where it lost the glass, and has lost the front, passenger-side mud flap. There may also be a large dent in the rear quarter-panel on the passenger side, as well.

Anyone with information about the crash and/or the suspect vehicle is encouraged to call the Virginia State Police at 434-352-7128 or to contact us by email at quesions@vsp.virginia.gov.