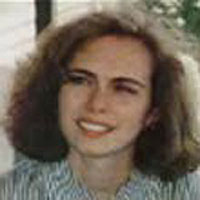 It was March 2, 1996, when Alicia Showalter Reynolds was abducted in Culpeper County on Route 29 while traveling from Baltimore, Md., to Charlottesville. Since then the Virginia State Police Bureau of Criminal Investigation’s Culpeper Field Office has received more than 10,000 tips relating to the ongoing case. State police continue to encourage the public to come forward with any information related to the homicide investigation.

According to witnesses who observed Ms. Reynolds’ vehicle parked on the southbound shoulder of Route 29 on March 2, 1996, a white male, approximately 35-45 years old with a medium build and light to medium brown hair was stopped out with her vehicle. The man, described as between 5’10’ to 6’0 tall, was driving a dark-colored pickup truck, possibly a green Nissan.

As news spread about Ms. Reynolds’ abduction, several other female subjects came forward advising that a white male had either stopped them or attempted to stop them while they were traveling along Route 29 in Culpeper County.

Ms. Reynolds’ remains were found two months later on May 7, 1996, in the Lignum area of Culpeper County.

“The state police continue to routinely publicize this case because we know someone out there has the information we need to solve this investigation,” said Capt. Gary T. Settle, commander of the Virginia State Police Bureau of Criminal Investigation Culpeper Field. “We remain hopeful that we will get that one piece of information that will lead us to Ms. Reynolds’ killer and bring a sense of closure to her family.”

Anyone with information pertaining to the abduction and murder of Alicia Showalter Reynolds is asked to contact the Virginia State Police Culpeper Division toll-free at 1-800-572-2260, or the Bureau of Criminal Investigation toll-free at 1-888-300-0156 or by e-mail at bci-culpeper@vsp.virginia.gov.