State judge rules in favor of removal of Lee Monument 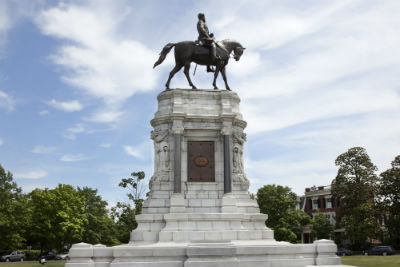 A state judge moved Tuesday to dissolve an injunction barring the removal of the Robert E. Lee statue from Monument Avenue in Richmond, siding with Gov. Ralph Northam in the legal battle that has been ongoing since early June.

Marchant highlighted in his order that two of the Commonwealth’s expert witnesses, Dr. Ed Ayers and Dr. Kevin Gaines, “testified extensively about the conditions in the Commonwealth, and the South in general, during the period of 1865 through 1890 and beyond…includ[ing] discussion of the purposes for which the Lee Monument was erected in 1890…their testimony overwhelmingly established the need of the southern citizenry to establish a monument to their ‘Lost Cause,’ and to some degree their whole way of life, including slavery.”

“Their testimony,” Marchant continued, “described a post-war South where the white citizenry wanted to impose and state unapologetically their continued belief in the validity and honor of their ‘Lost Cause,’ and thereby vindicate their way of life and their former Confederacy.”

“Today’s win is so important for the Commonwealth and its future as an inclusive, open, welcoming community. The Lee statue has held a place of prominence and stood as a memorial to Virginia’s racist past in the center of our capital city for entirely too long,” Attorney General Mark Herring said. “The Lee statue does not represent who we have become as Virginians, and it sends the wrong message to the rest of the world that we continue to venerate an individual who fought to maintain the enslavement of human beings. This decision puts Virginia one step closer on the path to finally bringing this divisive symbol down, and I remain as dedicated as ever to ensuring that it is removed once and for all.”

“The Lee monument was built to celebrate the Confederacy and uphold white supremacy. This victory moves Virginia forward in removing this relic of the past – one that was erected for all the wrong reasons,” Northam said. “I am grateful to Attorney General Mark Herring and his team for their tremendous work on this case. Today we are one step closer to a more inclusive, equitable, and honest Virginia.”