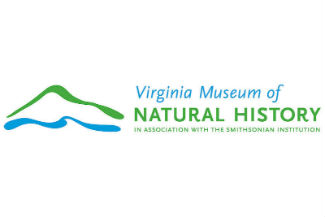 Funding for the design of the Waynesboro campus of the Virginia Museum of Natural History has been included in Virginia’s 2020-2022 budget.

“We are grateful for the governor’s and the General Assembly’s far-sighted vision in taking this important step in securing the economic vitality of Downtown Waynesboro and the surrounding region,” said Terry Short Jr., mayor of Waynesboro. “This will be an important educational asset for all Virginians, and we couldn’t be more appreciative.”

“To be included in the budget is an important milestone for the future of Waynesboro,” Short said. “We have been told that this is one of the most significant natural resource based economic development initiatives in the country.”

The actual amount of funding for the detailed design of VMNH-Waynesboro and the timing of its release depends on the flow of revenues into the state’s treasury.

“The Commonwealth’s first priority has to be taking care of citizens and communities hurt by the pandemic,” said Dr. Joe Keiper, executive director of VMNH. “That VMNH-Waynesboro is included in the new budget is a very strong sign that the campus will ultimately be built.”

To be located at the corner of West Main Street and Arch Avenue in Downtown Waynesboro, VMNH- Waynesboro will contain about 20,000 square feet of exhibits, classrooms, and visible laboratories, as well as a green roof overlooking South River and the Blue Ridge Mountains.

“VMNH-Waynesboro will focus on the characteristics of the Blue Ridge and Shenandoah Valley that make this region truly distinctive,” Keiper said. “Foremost among them is the region’s aquatic ecology, from the Big Levels Salamander, which is only found within Augusta County, to springs that make the South River the state’s greatest urban trout fishery.”

According to Keiper, development of detailed designs is an 18-month process that will include the input of numerous stakeholders.

“During the process, we will be working closely with area educators, colleges and universities, conservation organizations, and members of the greater Waynesboro community,” Keiper said.

Although no funds will be available in the next fiscal year for detailed design, the Commonwealth will fund capital projects again when state revenue forecasts allow.

“The museum is indebted to Waynesboro City Council for its long support, as well as to Mike Hamp, city manager, Greg Hitchin, director of economic development, and city planning staff for all of their work in making this a reality,” Keiper said.

The idea for establishing an interpretive center focused on natural resources can be traced back to the first Virginia Fly Fishing Festival, initiated by Waynesboro Downtown Development Inc. in 2000. It is a direct outgrowth of funding raised by the Shenandoah Valley Chapter of Trout Unlimited from Dominion Energy to build the education pavilion in Constitution Park and of the tireless efforts of the Center for Coldwaters Restoration, a volunteer citizen group formed in 2010.

VMNH is the state’s museum of natural history, dedicated to interpreting the natural and cultural heritage of the Commonwealth in a way that is relevant to all citizens.