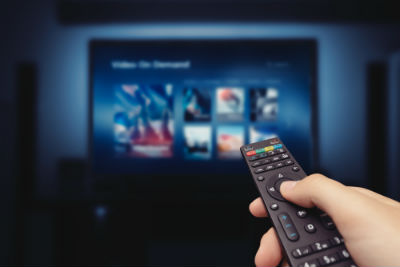 Everything about the consumption of sports content seems to be down. That’s what I’ve been finding the past few days as I’ve tried to make sense of declining numbers on my AFP internal dashboard related to our coverage of UVA Football.

Overall, AFP readership is up roughly 35 percent from last October. We’re averaging 12,500 unique readers per day this month, which is great for our bottom line, our metrics that determine how we make money doing what we do, everything.

Last October, when our audience was closer to 9,000 uniques per day, still good, still making us money, we could count on getting 1,500 to 2,000 clicks for a football preview or game story or analysis piece.

Now, with our bigger audience, we’re not cracking 1,000 on anything – and frustrating thing is, I feel like we’re doing better, more quality pieces, with deeper dives into the numbers, into strategy.

Searching for a reason why, the most obvious would be – 2020 UVA Football ain’t 2019 UVA Football.

The team is coming off an ACC Coastal Division title and Orange Bowl berth, and is languishing at 1-3 right now, and it’s not looking like it’s going to get better anytime soon.

I think there’s something to this, but then, think back to last October. It was an autumn of discontent: a 4-0 start turning into a 5-3 slog that looked to be a season going off the rails in the making.

I think the bigger reason is something I stumbled upon trying to find viewer numbers specific to the ACC Network, which is where you would have had to have watched all four games to date.

Viewership of sports is down sharply, and it’s not just sports – the universe of prime-time TV viewers is down more than 10 percent across the board, according to Sports Media Watch.

The long-term trend that we’ve been talking about for a while now seems to have been speeded up by the stay-at-home orders. The couple of months off between mid-March and the beginning of the slow return to normalcy around Memorial Day might have changed our viewing habits.

The assumption about sports had always been that, OK, sure, people can binge-watch their favorite dramas and comedies, but demand for sports is time-sensitive – which is to say, if you’re a sports fan, you need to tune in live.

With the bulk of American sports shuttered through the second half of July, it may be the case that people figured out, over that four-month period, that there are other things to life than being tied down to the TV sports calendar.

Factor in on top of that that you can’t actually attend games in person, in most places – certainly in Virginia.

And then specific to UVA Football, you have to have ACC Network to be able to tune in.

The game Saturday night at Miami will be UVA Football’s fifth to start the season on ACC Network, which isn’t available to cable subscribers anywhere in Virginia, meaning if you want to have access to ACC Network, you’ve got to make a decision.

Do you cut the chord, do you add a subscription to YouTube TV, Sling, Hulu?

Or do you … just find other things to do on Saturdays?

We conducted very informal surveys of our readers on Facebook and Twitter to gauge what UVA Football fans are doing to keep up with their favorite team this fall.

We didn’t find out much.

We received feedback from eight fans – six of whom have been following the team on various subscription services that offer the ACC Network, two who are not following along because they have decided against adding the extra expense to subscribe to ACCN.

Me being a numbers guy, I wrote to ESPN, the ACC’s partner in ACC Network, to try to get viewer numbers for the four UVA games that have been aired in 2020.

Which, OK, wasn’t what I’d asked – I wanted viewer numbers, not Nielsens.

The folks in Greensboro and Bristol obviously know how many people are watching.

And if the numbers were good, they’d be jumping at the opportunity to share them, if only to get the word out to potential advertisers – anything to make the media timeouts during games worthwhile, as opposed to the endless loops of house ads promoting the ACC and the Packer and Durham morning show.

I get it that the ACC Network rollout didn’t go quite as expected, that the pandemic hit when it did, disrupting any chance to build momentum heading into Year 2.

The lack of interest in UVA Football that I’m seeing on the back end of my AFP dashboard is emblematic of several larger media trends, is the bottom line here.

Which means the decision time for people like me is coming nigh.

Do we continue to commit the amount of resources that we always have to producing content that isn’t generating the readers that it used to?

I’ll answer by saying: I’m not sure it does me a lot of good to write in-depth about offensive and defensive schemes and grade performances unit by unit when most of y’all aren’t even watching the games.