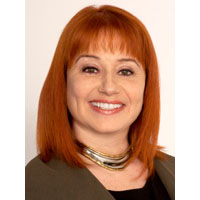 Helayne Spivak, an acclaimed veteran creative director in the advertising industry, has been named the new director of the Virginia Commonwealth University Brandcenter, the university’s marketing communications and advertising graduate program.

Spivak, most recently the chief creative officer of Saatchi & Saatchi Wellness, has enjoyed a varied and successful career in the advertising industry that includes leading the creative departments at Hal Riney, Young & Rubicam New York, Ammirati Puris Lintas New York and JWT New York. Spivak will replace Rick Boyko, who retires on July 1 after nine years as the program’s director. Spivak will start at the Brandcenter on Aug. 15.

“Over the past few years, Rick Boyko and the faculty and board of VCU Brandcenter have built this university into the best source for the new creative, strategic and technologically forward-thinking talent today’s industry is desperately looking to hire,” Spivak said. “But the job is never done. Things continue to change every day and we have to maintain a permanent position on that cutting edge. That’s why I can’t think of a more exciting time to join VCU Brandcenter as its new director: To continue VCU Brandcenter on its forward path igniting creative minds, nurturing the entrepreneurial spirit and preparing our students to excel and lead in a time that will go down in advertising history as the Second Creative Revolution.”

Spivak has served on the board of The One Club and on the film jury of the Cannes Advertising Festival. She also received the prestigious Matrix Award for Women in Communications, and the Wall Street Journal recognized her in its Creative Leaders series. Spivak has won all of the advertising industry’s major creative awards, including the One Show, the Art Director’s Club and the Cannes Gold Lion.

Spivak, who also has spent time as a restaurateur and stand-up comedian, has created national campaigns for Sears (“Come See the Softer Side of Sears”), Burger King, UPS, Sanyo, Kodak and a United States president, among others. She has provided creative leadership for a wide range of brands, including Johnson & Johnson, MCI, AT&T, MasterCard, Kraft, Bayer Consumer, Shiseido, Revlon, Acutrim, General Motors, Fuji, MONY, Phillip Morris and Cadbury Schweppes.

“Helayne Spivak will bring humanity, wisdom and humor to this very important industry position,” said Mike Hughes, president of the Martin Agency and chairman of the VCU Brandcenter Board of Directors. “She will be a forward-thinking, idea-based, humane thought-leader – and a wonderful nurturer of young talents. Rick Boyko and his faculty and board have put the Brandcenter in a wonderful position today. I couldn’t be more excited about the ways Helayne will take it forward.”

Beverly Warren, provost and vice president for academic affairs at VCU, said, “Ms. Spivak brings real-world experience and creativity to our top-ranked Brandcenter academic program. She is highly respected in her field and eager to share her knowledge with a new generation. She will be a key player in the continuing advancement of the Brandcenter to new heights and in the university’s collaborative work in meeting its strategic goals as an innovative and creative research university.”

The VCU Brandcenter enrolls more than 200 students who study in one of five graduate tracks – art direction, copywriting, communications strategy, creative brand management and creative technology. More than 95 percent of Brandcenter alumni are working in the industry within a year of graduation.