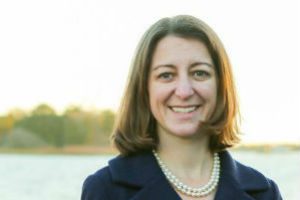 “The COVID-19 pandemic has caused an unprecedented public health and economic crisis, and it is clear we need more relief for the American people. Unfortunately, the Heroes 2.0 bill would not deliver the targeted relief Americans need.

“This issue is too important to approach in a partisan manner. I urge my colleagues on both sides of the aisle to come together to find common ground and provide relief for the American people.” 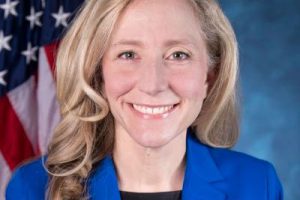 Original post: Thursday, 7:35 p.m. Rep. Abigail Spanberger (D-VA-07) is urging leadership in both parties to come to an agreement on COVID-19 relief after announcing her opposition to the Heroes Act 2.0 package.

“In Central Virginia, our neighbors, businesses, friends, and families need immediate relief in response to the combined hardships caused by a global pandemic, an economic crisis, and wide-scale unemployment,” Spanberger said. “Today’s package is another partisan exercise that will never become law — just as the Heroes Act never received a single vote in the Senate, let alone reached the President’s desk. Even as we cast this vote, negotiations are continuing on a separate package that could actually yield bipartisan agreement. My focus remains on working with Democrats and Republicans to get relief to my district immediately, and partisan gamesmanship will not do it. Just as I opposed the first Heroes Act, I will respectfully vote against this package.

“In recent weeks, I’ve been involved in many conversations about a potential bipartisan path forward — and I’m encouraged that Secretary Mnuchin and Speaker Pelosi continue to hold negotiations about a future relief package. The release of a bipartisan package framework earlier this month showed that there remains agreement between many Democrats and Republicans on the necessity of key programs like continued unemployment insurance, strengthened support for the Paycheck Protection Program, funding for states and localities, and another round of direct payments to individual Americans. I urge my colleagues in the House to prioritize these programs, not political talking points. The American people are exhausted by empty promises and government dysfunction, and I will keep fighting to do my job and deliver real relief to the people of Central Virginia.”

Earlier this month, Spanberger joined fellow members of the Problem Solvers Caucus — comprised of 25 Democrats and 25 Republicans — to unveil the caucus’ bipartisan “March to Common Ground” framework to help break the gridlock on the latest COVID-19 relief package.

In May , Spanberger opposed the Heroes Act, a proposed $3 trillion stimulus package that never received consideration on the floor of the U.S. Senate.