Spanberger leads bipartisan effort to save 340B Drug Pricing Program 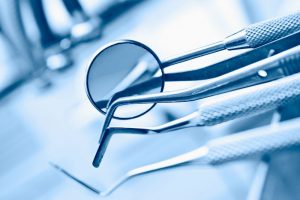 Seventh District Congresswoman Abigail Spanberger is leading a bipartisan effort to defend the foundational 340B Drug Pricing Program from changes that would lead to significant increases in the cost of prescription medications for Virginia healthcare providers.

The 340B Drug Pricing Program was enacted by Congress in 1992 with bipartisan support, and is overseen by the U.S. Department of Health and Human Services. It requires that pharmaceutical companies give safety-net and rural healthcare providers discounts on their drugs, in exchange for having their drugs covered by Medicaid.

The program protects patients who are low-income, live in underserved communities, or suffer from serious chronic illnesses from skyrocketing prices for the drugs they depend on the most. Limiting access to 340B discounts would cause safety-net providers and vulnerable patients to face significant price hikes in the middle of a global pandemic, at a time when both providers and patients are under serious financial strain.

Recent reporting indicates that private company Kalderos is working with large pharmaceutical manufacturers to implement changes to the 340B program – without the approval of Congress or HHS – that would replace the 340B system of up-front discounts with post-sale rebates, resulting in a severe increase in the up-front cost of prescription drugs to 340B-covered providers.

A post-sale rebate model would also give big drug companies tremendous leverage over participating clinics and hospitals, and potentially put manufacturers in violation of their statutory responsibility to provide 340B pricing.

Spanberger wrote a letter supported by 216 House colleagues urging HHS Secretary Alex Azar to take immediate action to prevent Kalderos and pharmaceutical companies from changing the 340B program from a discount to a rebate model.

The healthcare providers that benefit from 340B discounts– and who could be facing significant price increases if the change goes through– include Federally Qualified Health Centers, Ryan White HIV/AIDS clinics, rural hospitals, children’s hospitals, and safety-net hospitals that serve low-income Americans.

“This blatant attempt on the part of the pharmaceutical industry to rewrite the rules in their favor will directly harm health clinics and hospitals in Central Virginia,” said Spanberger. “Bringing down the skyrocketing cost of prescription drugs is the top priority of families in my district, and this change to 340B would be a step in the wrong direction. Our letter has been signed by 216 members of the U.S. House, both Republicans and Democrats – that this effort would attract such strong bipartisan support at this hyperpartisan moment in our politics is a clear indication of how much this program means to patients and providers across the country.

“I’ve heard directly from Central Virginia clinics, advocates, and hospital systems, and I have grave concerns about these actions that would threaten the needs of the most vulnerable patients and providers in the middle of a global pandemic. Furthermore, big drug companies do not have the authority to change the operations of a government program to suit their own interests – especially if doing so could potentially put manufacturers out of compliance with their statutory obligations. I urge Secretary Azar to quickly provide Congress with more information, and take immediate steps to prevent these changes from taking effect,” Spanberger said.

“The 340B drug pricing program plays a significant role in protecting Central Virginians’ access to affordable healthcare,” said Paula Tomko, CEO, Central Virginia Health Services. “What we’re seeing now is big pharmaceutical companies attempting to rewrite the program in their favor – to the detriment of thousands of hardworking, vulnerable people in our communities. Those impacted the most by these changes are our neighbors who work in low-paying jobs, who are uninsured or underinsured, and have chronic illnesses such as high blood pressure, diabetes, or HIV/AIDS. Without 340B medications, the people we serve would see severe price increases in many of the common drugs they depend on every day, like insulin. It is shameful that pharmaceutical companies are reporting significant profits while making changes that directly destabilize safety-net healthcare providers. We appreciate Congresswoman Spanberger’s continued support for community healthcare providers, and we applaud her efforts to protect the 340B program.”

“This change to the 340B program hits hardest against community healthcare providers and the vulnerable people they serve,” said Rick Shinn, director of government affairs, Virginia Community Healthcare Association. “As the COVID-19 pandemic continues, we should be focusing on expanding access to affordable treatment, not threatening it. We applaud Rep. Spanberger’s efforts to protect the 340B discount for Virginians.”

“We are so proud to have Rep. Spanberger as a champion for the 340B federal drug discount program,” said Matthew Bare, assistant director, Virginia Commonwealth University Ryan White Programs. “Her work on 340B will have a direct impact for those we serve — more than 2,000 persons living with HIV/AIDS in and around Central Virginia.”

“Thousands of rural Virginians depend on the safety net providers that the 340B program supports. The program facilitates affordable access to substance use disorder treatment, childhood screenings, and other vital care,” said Beth O’Connor, executive director, Virginia Rural Health Association. “At a time when rural facilities are under financial pressure from so many fronts, Rep. Spanberger’s support for 340B is most appreciated.”

“I am grateful to Rep. Spanberger, members of the Virginia Congressional delegation, and their colleagues for bringing the concerns of safety-net providers like UVA Health about these potential changes to the Department of Health and Human Services’ attention,” said Dr. K. Craig Kent, executive vice president for health affairs, University of Virginia. “The  340B Drug Pricing Program provides us with critical resources we need to put our most-vulnerable patients first and invest fully in their complete care. In short, the savings we see from reduced drug expenditures are important to support our mission to serve those who need us most.”

“It would be impossible for us to provide comprehensive, safety-net healthcare to underserved communities in Virginia without the 340B program,” said Cindy Williams, vice president and chief pharmacy officer, Riverside Health System. “The significant discounts on prescription drugs that 340B provides are essential to our mission of providing high-quality, affordable healthcare for our neighbors at every stage of life. On behalf of the more than 2 million patients we serve each year, I thank Representative Spanberger for her leadership in the fight to protect the 340B program.”

“Overhauling the longstanding 340B discount model and replacing it with a rebate system will make it significantly more difficult and expensive for all 340B hospitals and community clinics to access 340B savings, and could result in denial of 340B pricing altogether,” said Maureen Testoni, president and CEO, 340B Health. “We appreciate the leadership of Rep. Spanberger and this large, bipartisan group of lawmakers standing up for 340B and urging Secretary Azar to take immediate action to protect 340B hospitals and the low-income patients who depend on them.”

“Protecting the sustainability of the 340B program is vital, especially as Central Virginia continues to be impacted by the pandemic. As the Commonwealth’s largest safety-net provider, we know first-hand the detriment a change to a post-sale rebate formula would have on our most vulnerable patient populations,” said Dr. Arthur Kellermann, senior vice president, VCU Health Sciences and CEO, VCU Health. “Virginia Commonwealth University Health System is grateful to Rep. Spanberger and her House colleagues for their unwavering support of the 340B drug pricing program and for making this a top priority for lawmakers.”

“The proposed changes to the 340B program make ending the HIV epidemic in the United States more difficult,” said Jesse Milan Jr., president and CEO, AIDS United. “We have the tools to effectively end the HIV epidemic in the United States, but we need to make them as widely available as possible. We don’t need any new roadblocks. Access to HIV-related care and medicines is essential to ending the HIV epidemic. The proposed changes, adding new requirements to the 340B program, would drain precious resources from HIV service providers. Black and Brown communities — which are disproportionately impacted by the HIV epidemic — would suffer the most.”

“Drug industry players are acting unilaterally to alter the 340B Drug Pricing Program in ways that undermine access to the program for essential hospitals and their vulnerable patients,” said Bruce Siegel, pesident and CEO, America’s Essential Hospitals. “We thank Reps. Spanberger, McKinley, Axne, Johnson, Matsui, Katko, and their bipartisan colleagues for sounding the alarm about third-party vendors threatening the 340B program and for fighting to protect this vital source of support for our health care safety net.”

“The AHA thanks this bipartisan group of representatives for their important effort to protect the 340B program, and the vulnerable communities it benefits, from big drug companies’ efforts to harm the program,” said Tom Nickels, executive vice president, American Hospital Association. “The AHA continues to urge the Health Resources and Services Administration’s Office of Pharmacy Affairs to order drug companies and their vendor Kalderos to immediately halt their conversion of the 340B program to a back-end rebate program.”

“We appreciate the bipartisan support of more than 200 members of Congress to prevent drug manufacturers from unilaterally changing how safety-net providers, including many teaching hospitals, receive their discounts from the 340B program. This type of change would harm patients and limit access to affordable drugs, and is contrary to the 340B statute,” said Karen Fisher, chief public policy officer, Association of American Medical Colleges. “It is yet another attempt by manufacturers to reduce the scope of the critical 340B program, which would result in a reduction of vital health care services to vulnerable patients in the midst of a pandemic/public health emergency.”