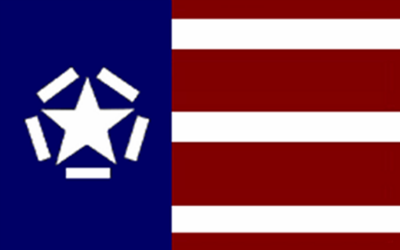 Reps. Abigail Spanberger (D-Va) and Peter King (R-N.Y) have led the introduction of bipartisan legislation to make sure the memory of those lost as result of the Sept. 11, 2001 terrorist attacks will be honored for generations to come.

In the days following Sept. 11, 2001, a Henrico County restaurant owner named Richard Melito sketched a rendering of what would eventually become the “Freedom Flag” — which, as of 2018, is an official emblem of the Commonwealth of Virginia.

His intention was to develop a physical symbol that would not only honor the victims of the attacks, but also educate students about the events of that catastrophic day. Following the flag’s creation, communities across the United States began requesting Freedom Flags, and in 2002, the non-profit Freedom Flag Foundation was created to respond to this nationwide interest in the Flag and develop educational programming for students and schools.

The National Nine-Eleven Victims and Emergency Responders Flag of Remembrance, Gratitude, and Education for Tomorrow Act, or the National NEVER FORGET Act, would designate the Freedom Flag as a national symbol of the nation’s commitment to honoring and remembering all those who lost their lives as a result of the Sept. 11, 2001 terrorist attacks.

Additionally, the legislation would require the Freedom Flag to be flown each year on Patriot Day — Sept. 11 — and each subsequent day through the end of September at the U.S. Capitol, the White House, each national cemetery, major Department of Defense installations, Department of Veterans Affairs medical centers, and each U.S. Postal Service post office.

“The Freedom Flag is a powerful, physical reminder of one of the darkest days in American history. Fundamentally, the story of the Freedom Flag is the story of how our country responded to a vile act of evil with a profound sense of national resolve — and its symbols have allowed generations of Americans to reflect on the sacrifice of those who perished, as well as the remarkable courage of the heroes who came to their aid in a moment of unimaginable darkness,” said Spanberger. “Mr. Melito — a Seventh District resident — and the Freedom Flag Foundation have demonstrated an unwavering commitment to the thousands of our fellow Americans lost in the attacks of September 11. Central Virginia is proud to be the birthplace of the Freedom Flag, and I’d like to thank Congressman Peter King of New York for joining me in leading the introduction of this legislation. This public, visible reminder in communities across the country would ensure that the Americans lost — and the price of our liberties and freedoms — are never forgotten.”

“It is imperative that we establish a federal symbol to honor the heroism, sacrifice and the lives of all those killed on that tragic day,” said King. “I am proud to work with Rep. Spanberger on this important legislation.”

“The Freedom Flag Foundation would like to thank Congresswoman Spanberger and Congressman King for co-leading H.R. 7183, the National NEVER FORGET Act. We would also like to thank all of the additional co-sponsors that have signed on so far,” said Joshua Dickerson, Board Member, Freedom Flag Foundation. “‘Never Forget’ was a message of unity expressed by all Americans in the days after Sept. 11, 2001, and it is our hope that with the passage of the National NEVER FORGET Act, it will help current and future generations to ‘Never Forget.’”