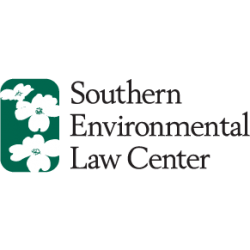 “The Trump administration’s commitment to unlearning the lessons from the Deepwater Horizon disaster knows no bounds. Exactly a week after the anniversary of the worst oil spill in history, the Trump administration is rolling back one of the few safety regulations put in place after that spill spewed more than 200 million gallons of oil into the Gulf,” said SELC Senior Attorney Sierra Weaver. “This safety rollback comes as the administration proposes opening the entire Atlantic to offshore drilling for the first time ever, despite overwhelming bipartisan opposition along the coast – from governors, communities, businesses, and local elected leaders. Rolling back these safety regulations only threatens the safety of workers and makes it even more likely that we’ll see another disaster of this scale decimate our coasts.”

In an April 2017 executive order, the Trump administration announced a plan to roll back offshore drilling safety rules put in place following the Deepwater Horizon disaster in the Gulf of Mexico, making drilling more dangerous for the communities who depend on the coast and its fisheries. These rollbacks come after the Trump administration proposed a five-year plan that would allow annual lease sales off the coast of Virginia, North Carolina, South Carolina and Georgia.

More than 190 East Coast communities, including Wilmington, Virginia Beach, Charleston, and Savannah, and thousands of businesses, trade groups, and tourism associations have passed resolutions opposing Atlantic drilling and seismic testing. In March of 2016, coastal opposition expressing concerns about impacts to local economies and the environment convinced the Obama administration to scrap a controversial plan to open the Atlantic coast to industrial oil and gas development for the first time.