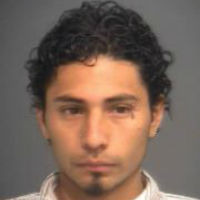 Cruz was charged with simple possession of methamphetamine.

Cruz, who was previously deported in November 2014 after being convicted of possession of methamphetamine in Waynesboro, is a self-admitted member of the Hispanic street gang Sureno 13. Cruz is currently being held without bond at the Middle River Regional Jail.