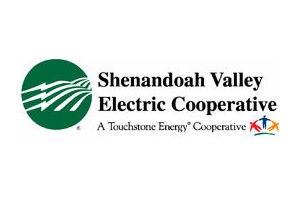 Shenandoah Valley Electric Cooperative members voted in unprecedented numbers en route to re-electing two people to the board of directors, as announced at the 84th annual membership meeting on Aug. 13.

SVEC’s board and select staff gathered with masks on and proper social distancing in a large meeting room at its headquarters in Rockingham. More than 130 members registered to participate in the event via phone.

“The event was a safe, effective alternative to an in-person gathering,” SVEC Board Chair Larry Howdyshell said. “We are thrilled with the participation level of our members in the voting process. I am happy that over 93% of members surveyed in relation to the new process indicated that they were very satisfied or satisfied with the voting process.”

To increase participation in director elections, the board voted last year to introduce new ways for members to cast ballots by adding online and mail-in options. When COVID-19 led to the shift from an in-person meeting, the new methods became especially timely additions.

And members voted like they never have before with 7,197 ballots cast, representing over 9 percent of the total membership. Fewer than 400 members voted in each of the previous two elections, when the only method to cast a ballot was to attend an in-person annual meeting.

It is worth noting that the SVEC Board of Directors is not able to vote proxies in relation to the election of its directors. The election results are tallied from individual member selections of a given candidate.

Staff attorney Dale Davenport announced at the meeting that members re-elected to the board Vice Chair Suzanne S. Obenshain and Stephen W. Burkholder, both from Rockingham County.

A specific breakdown of the votes are as follows: