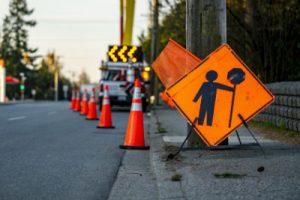 New bridges on Route 698 (Orchard Drive) and Route 620 (Smith Creek Road) in Shenandoah County are both set to open to traffic this week.

The Route 620 bridge opened today, allowing the Virginia Department of Transportation to remove an eight-mile detour that motorists had been following since construction began in April. The bridge crosses Smith Creek about 0.2 miles south of Route 732 (Cardinal Road).

The new Route 620 bridge replaces a single-lane structure that had been in place since 1932. The new two-lane bridge is about five feet higher, which will result in fewer days that the road is closed due to flooding. The new bridge was built slightly upstream to improve its alignment with the existing roadway. It also includes a safety railing, which the old structure did not have.

The new Route 698 bridge over Mill Creek is just west of Route 263 (Bryce Boulevard/Orkney Grade). The bridge is scheduled to open on Friday, November 20, ending a detour that has been in place for construction since April. The new Route 698 bridge also replaces a single-lane 1932 structure. The new bridge was constructed in the same location as the old structure, with two 11-foot lanes and three-foot shoulders.

All construction work and completion dates are weather permitting.

The VDOT Customer Service Center can assist with reporting road hazards, asking transportation questions, or getting information related to Virginia’s roads. Call 800-FOR- ROAD (800-367-7623) or use its mobile friendly website at my.vdot.virginia.gov. Agents are available 24 hours-a-day, seven days a week.