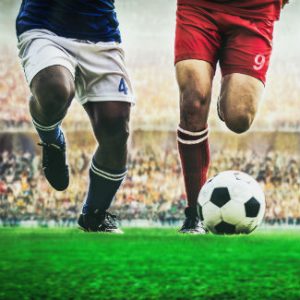 Here we are about a week and a half from Christmas and already some people think the race for the Premier League title is over. League leaders Liverpool are eight points clear of second place Leicester City and fourteen points ahead of their rivals Manchester City. Liverpool fans would be quick to point out that its far from over, only three times in the last eleven seasons have the league leaders by Christmas Day not one the league. All three times that this happened Liverpool were the league leaders. This year does feel different for the Reds, though, coming through in clutch moments in big games and with a wider lead than they have had in years past it feels like Liverpool would have a choke of epic proportions to not be lifting the trophy this spring. Leicester City who has been in great form all season would like to prove that they are more than ready to catch the league leaders, and Manchester City has the ability to get back into this race, with that being said lets hold off on title talk for Liverpool and lets break down this weekend’s matchups.

As mentioned earlier City find themselves fourteen points behind the leaders Liverpool. Last weekend City hosted in town rivals Manchester United and were handed a 2-1 defeat and City look very uninspired during the contest. City will say injuries in the defense have been the issues for the squad this season but there still really isn’t an excuse for some of the performances a team with this much talent is putting out. This Sunday City travels to London to take on an underwhelming Arsenal team who did manage to get a victory last week over West Ham. City’s defense will be tested by the Arsenal attack but there isn’t a reason to think that this should be three points for City and perhaps just what the need to get on track and climb back into the title race.

Can Wolves keep their success against the Big 6 going?

Since Wolverhampton has returned to the Premiere League last season, they have had plenty of results to be proud of. They constantly are giving the “Big” six clubs trouble and have made themselves a team that all the bigger clubs can not take lightly.  Wolves after somewhat of a bland start to this season have climbed up to sixth in the table and this weekend have a mark key matchup with Jose Mourinho and Spurs. Spurs under Mourinho have really turned their form around but have yet to have been tested in the league against a team like Wolves. This matchup this weekend will go a long way into showing us where exactly these two clubs are and what they may be capable of in the second half of the season.

League leaders Liverpool will play host to the team that sits at the bottom of the table Watford on Saturday. On paper this looks like it should be an easy three points for Liverpool, and I would be lying if I said I did not expect this to be a Liverpool win. It will be interesting to see how Liverpool come out for this game, however. The Reds had an important Champions League match during the week that they needed to win and after this match they head to the Middle East to play in the Club World Cup. Manager Klopp could go full strength for this matchup, but he also may continue to experiment with his line ups. If Liverpool is looking ahead to their trip east however the game may turn out to be too close for comfort.