Separating fact from fiction: A literary salon with Charles Lewis 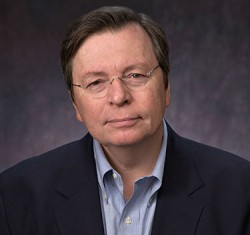 Journalist Courteney Stuart will interview investigative journalist and bestselling author Charles Lewis about his latest book, 935 Lies: The Future of Truth and the Decline of America’s Moral Integrity. He will discuss his nine-year odyssey attempting to chronicle the most “mortally consequential” untruths by the U.S. government and major corporations since World War II. In this ephemeral, 140-character world, where exactly is the line between journalism and history? Is there such a thing as real-time truth, or must we wait years or even decades to find out about the systemic abuses by the powers that be?