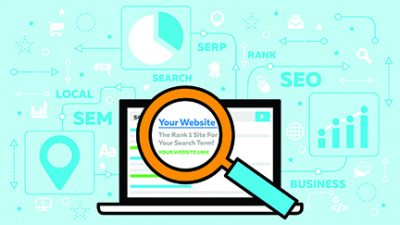 The term “dark patterns” is used to describe online interfaces in websites and apps designed to intentionally manipulate users into taking actions they would otherwise not take under normal circumstances. These design tactics, drawn from extensive behavioral psychology research, are frequently used by social media platforms to mislead consumers into agreeing to settings and practices advantageous to the company.

“For years, social media platforms have been relying on all sorts of tricks and tools to convince users to hand over their personal data without really understanding what they are consenting to. Some of the most nefarious strategies rely on ‘dark patterns’ – deceptive interfaces and default settings, drawing on tricks of behavioral psychology, designed to undermine user autonomy and push consumers into doing things they wouldn’t otherwise do, like hand over all of their personal data to be exploited for commercial purposes,” said Sen. Warner, a former technology executive who is Vice Chairman of the Senate Select Committee on Intelligence. “Our goal is simple: to instill a little transparency in what remains a very opaque market and ensure that consumers are able to make more informed choices about how and when to share their personal information.”

“Any privacy policy involving consent is weakened by the presence of dark patterns. These manipulative user interfaces intentionally  limit understanding and undermine consumer choice. Misleading prompts to just click the ‘OK’ button can often transfer your contacts, messages, browsing activity, photos, or location information without you even realizing it. Our bipartisan legislation seeks to curb the use of these dishonest interfaces and increase trust online,” said Sen. Fischer, a member of the Senate Commerce Committee.

Dark patterns can take various forms, often exploiting the power of defaults to push users into agreeing to terms stacked in favor of the service provider. Some examples of such actions include: a sudden interruption during the middle of a task repeating until the user agrees to consent; a deliberate obscuring of alternative choices or settings through design or other means; or the use of privacy settings that push users to ‘agree’ as the default option, while users looking for more privacy-friendly options often must click through a much longer process, detouring through multiple screens. Other times, users cannot find the alternative option, if it exists at all, and simply give up looking.

The result is that large online platforms have an unfair advantage over users and potential competitors in forcing consumers to give up personal data such as their contacts, messages, web activity, or location to the benefit of the company.

“The tech industry has gone unchecked for far too long. Bold action is needed on a wide scale to change the incentives in Silicon Valley with our well-being in mind, especially when it comes to kids,” said Jim Steyer, CEO of Common Sense. “This bill gets to the root of the issue – the use of manipulative and deceptive design features that trick kids and other users into giving up valuable and private information, and hook them into spending more time than is healthy online. Common Sense strongly supports Senators Warner and Fischer on this bipartisan effort to hold tech companies accountable for these practices that only harm consumers.”

“Dark patterns are among the least humane design techniques used by technology companies in their scramble for growth at all costs. They use these measures to offer false choices that confuse or trap users into over-sharing personal information or driving compulsive use – especially from the most vulnerable users, including kids,” said Tristan Harris, Co-Founder of the Center for Humane Technology. “A system-wide rethinking of technology policy and design is in order, so CHT fully supports Senators Warner and Fisher in this bipartisan effort to place significant constraints around the ability to deceive users online. The creation of a special standards body is especially crucial to the protection of consumers, as they keep lawmakers more up-to-date and able to iterate laws at pace with the rapid change of technology.”

“We support Senators Warner and Fischer in protecting people from exploitive and deceptive practices online,” said Fred Humphries, Corporate Vice President of U.S. Government Affairs at Microsoft. “Their legislation helps to achieve that goal and we look forward to working with them.”

“People are ensnared by ‘dark patterns’ of manipulation on the Internet every day, and ending these practices is a key part of protecting people online. We need to better understand the systems that manipulate people online, and empower users to fight back. We applaud Senator Warner and Senator Fischer for introducing this legislation to curtail these troubling practices,” said Alan Davidson, Vice President of Global Policy, Trust and Security at Mozilla.

Sen. Warner has been raising concerns about the implications of social media companies’ reliance on dark patterns for several years. In 2014, Sen. Warner askedthe FTC to investigate Facebook’s use of dark patterns in an experiment involving nearly 700,000 users designed to study the emotional impact of manipulating information on their News Feeds.

Sen. Warner is recognized as one of Congress’ leading voices in an ongoing public debate around social media and user privacy. Last year, Sen. Warner called on the social media companies to work with Congress and provide feedback on ideas he put forward in a white paper discussing potential policy solutions to challenges surrounding social media, privacy, and data security. In addition to the DETOUR Act, in the coming weeks and months, Sen. Warner will introduce further legislation designed to improve transparency, privacy, and accountability on social media.